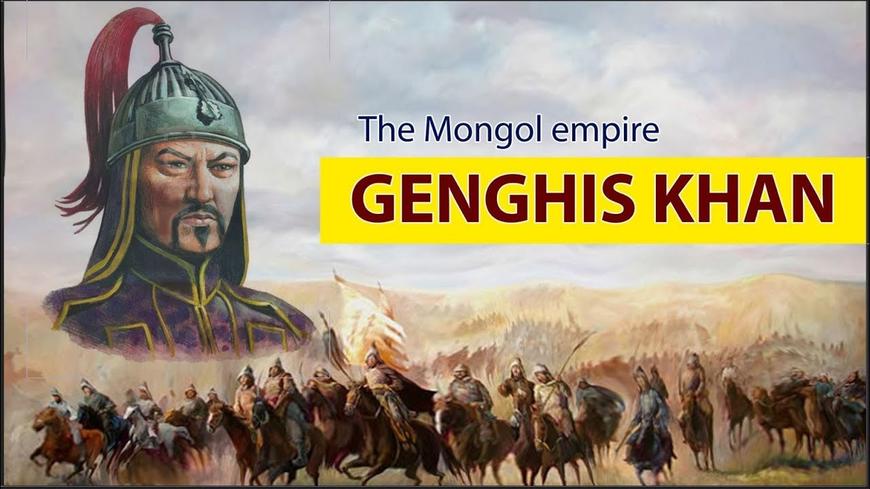 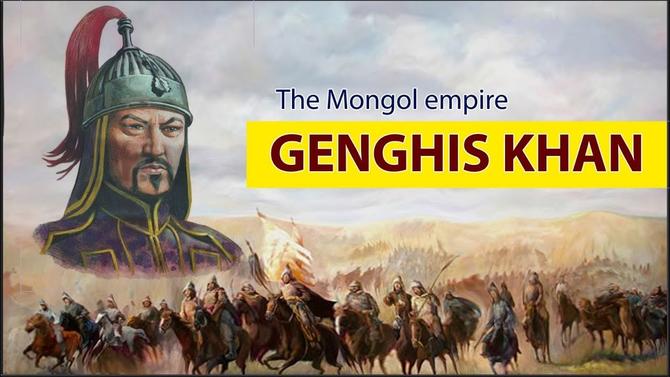 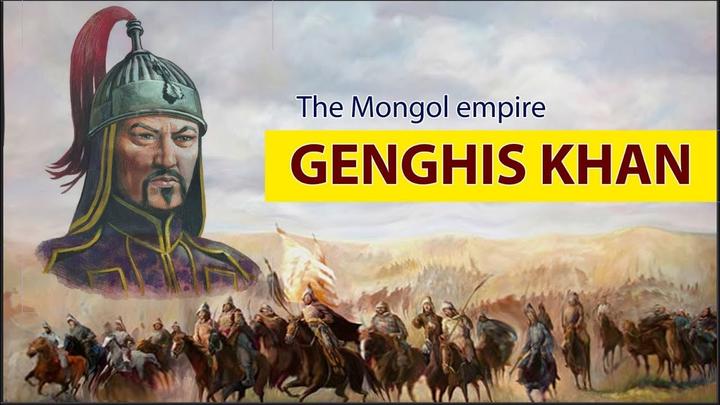 More than seven centuries have passed since the reign of Genghis Khan, but there is still no unified evaluation of his personality in world history. It is very complicated to paint a portrait of this legendary Mongol only in black or white paint.  The rise of Genghis Khan to the peak of power strikes with its dash, purpose, and persistence. His life path, without exaggeration, can be called phenomenal. In history, it is hardly possible to find an example of a person, who would crush dozens of armies and states, previously being a cattle breeder and hunter; or a leader, who would create laws for fifty peoples, previously being an illiterate nomad, grown far from the foundations of civilization never having seen a city.

Genghis Khan’s name from birth was Temuchin (Turnbull, 2003), or Temujin (Lamb, 1936), or even Temüjin (Stone, 2017). There is only a probable year of when The Great Conqueror was born – 1162 (Stone, 2017) or 1167 (Turnbull, 2013). The world he entered was unforgiving and full of striving, rivalry, and survival. Like all the children little Tamujin learned to ride horses and handle bow and arrows (Turnbull, 2003). It would be fair to say, that the difficult childhood and youth of Temujin and the tragic death of his father left their mark on the formation of the character of the future khan. He early felt that he was not only a man, but also the head of the family, who had to protect his close people and property from robbers, and himself from insults. Still being young he learned how to wait, endure, and persistently strive to achieve goals. Temujin manifested authority and a strong temper in all the affairs and relations with others. These character traits were successfully balanced by the charm of his personality, which allowed him to make devoted friends. He valued loyalty in people all his life. He could trick enemies with cunning, but the word he gave to his people was never broken (Lamb, 1936).

The Great Khan was not talkative - at first, he thought, and then he spoke. Mature thinking was inherent to him since youth. His mind always prevailed over feelings and emotions and he was a stranger to vicious inclinations and passions. There is no evidence that the khan was too addicted to women. According to the customs of that time, he took one of his wives with him on a campaign, and after defeating regular enemies he captured their wives or female relatives. By the standards of that time, this was the most common occurrence, which served either as an expression of superiority over the vanquished, or a guarantee of the conclusion of a political union and humility. The emperor was not addicted to alcohol either. His only strong passion that remained throughout the entire khan’s life was hunting (Lamb, 1936). 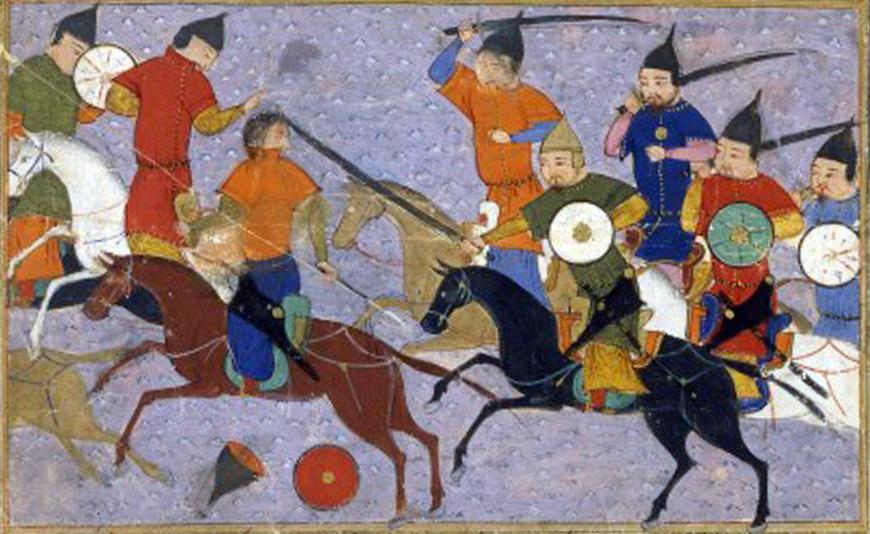 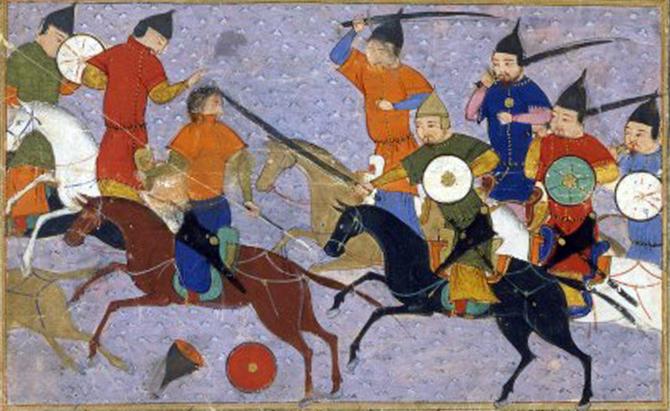 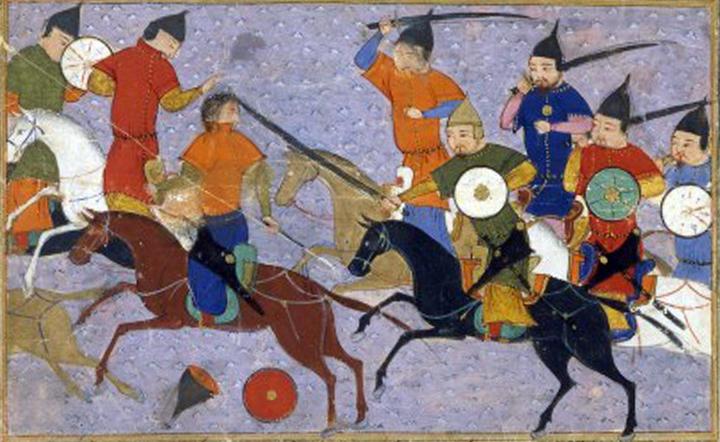 The imperious nature of the Great Ruler always strived for control, honor, and authority among the Mongols. He dreamed of glorifying his people with victories. Being young, Temujin’s life was miraculously saved twice and it made the great commander believe that he was destined for a high mission. Mongolian society of that time waited for the appearance of a brilliant leader and commander. Therefore, most of the Mongol leaders and tribesmen gathered around Temujin. Having unlimited power, he gathered all the Mongol tribes from Altai to Argun and from the Siberian taiga to the Great Wall of China. But, being a pedantically strict adherent of law, the khan wanted this power to be officially recognized. At the 52nd year of the ruler’s life, his long-standing dream came true: at the council of the Mongol chiefs – Khuruldai, Temujin was acknowledged as Khan of consolidated tribes and took a new title “Genghis Khan” (Universal Ruler) (Stone, 2017 & Turnbull, 2003).

One of the most important political tasks that the Great Conqueror set was the creation of a united Asian state - a mediator between the civilizations of East and West. The peoples, subject to him, could benefit from both cultures. The empire of Genghis Khan, in fact, was based on military principles, and the vast majority of its population was rider warriors. The main task of Genghis Khan was the creation of a combat-ready army. It was successfully created to maintain the unity of the empire, and implement the extensive political plans of the Great Ruler.  His army was characterized by high organization, order, and severe discipline. It also possessed the great strategic and tactical skill. Genghis Khan developed his own war strategy, which in practice always ensured victory. It included careful scouting, the use of ambushes and traps, an alleged retreat, a surprise attack with a break of enemy forces into parts, covert maneuvering, lightning-fast marching throws and much more (Stone, 2017). 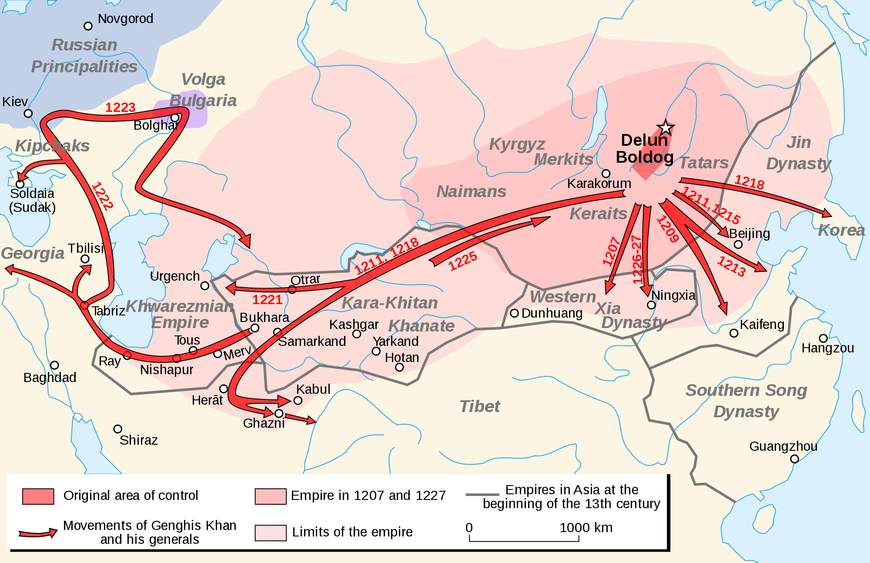 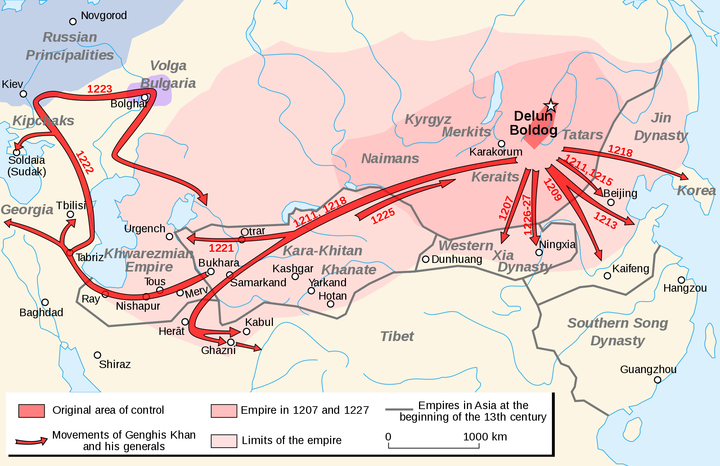 Strength and military affairs have always been in the first place for Genghis Khan. Affirming his dominance, the Great Conqueror sowed death everywhere: in the steppes of his native Mongolia, in the war with Northern China, and during the campaign in Central Asia. The scale of the damages and the number of the victims during the Mongol invading campaigns were huge, and the methods of exterminating the enemies were terrible.

The second important task facing the Mongol ruler after the creation of a combat-ready army was the arrangement of the civil administration of the empire. This one was more difficult than the first. The Mongolian people did not even have their own written language. Genghis Khan himself did not know any other language except his native. The introduction of writing made it possible to consolidate Mongolian customary law. The code of Mongolian civil and military laws created by Genghis Khan was called the Great Yassa (Lamb, 1936).

Genghis Khan proved himself to be a wise politician in matters of religion. As there was no official religion declared, the emperor did not want to introduce elements of religious discord into the empire. Thus, Mongolian nomads formed a common pot, in which different cultures and religions melted. This was a wise decision of the Great Ruler, which civilized Europe reached only in the XVIII century.

This is what kind of person and ruler was Genghis Khan, a punishing and rewarding khan, who saw personal happiness in dishonor and death of a defeated enemy, a man obsessed with the thirst for crushing his neighbors and glorifying his people.

Assignment: Subject: Pages:
world history
Get Your Paper
Check Your Price
and get a great paper now