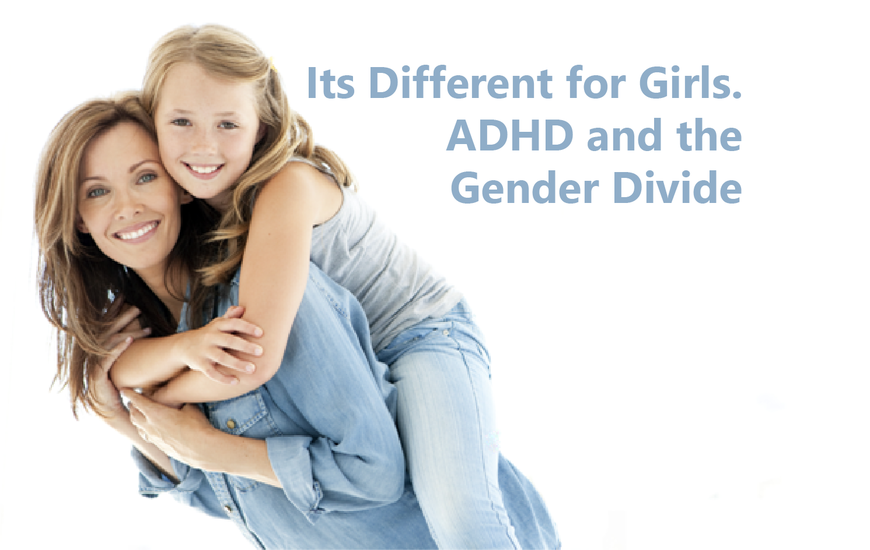 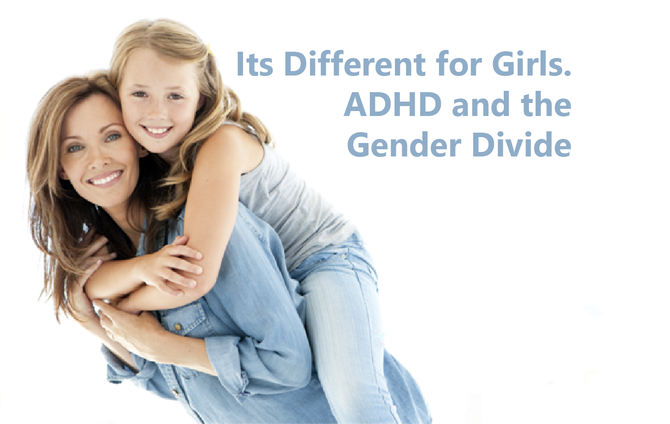 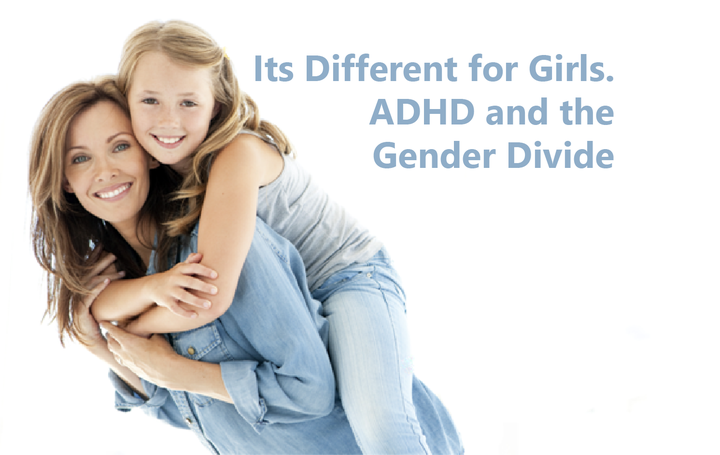 Attention deficit hyperactivity disorder (ADHD) belongs to one of the most controversial issues of modern psychology. It has been widely studied by scientists and undergone various clinic experiments in order to identify the reasons for its emergence. Ultimately ADHD is attributed to childhood illnesses since the disorder is more common for an early age. However, this paper aims to analyze the relationships of modern day women and ADHD. In this case, we will talk about the significant difficulties, which this illness causes for women in different spheres of their life: marriage, relationships, rising kids and so forth. The challenges usually come from the inner state of a woman. It firstly affects the emotions and then reveals through the physical condition and depression. Thus, this work analyzes the processes, which reflect ADHD and its negative consequences in relation to the environment, in which the women exist.

ADHD is a neurological and behavioral developmental disorder that usually appears in childhood. It is characterized by such symptoms as difficulty in concentration, hyperactivity, and poorly controlled impulsivity. From a neurological point of view, ADHD is considered as proof and chronic syndrome for which a cure has not been found yet. ADHD and its treatment cause many disputes among doctors, teachers, politicians, parents and the media. Some people do not consider ADHD as a disease, but their opponents believe that there are genetic and physiological causes of this condition. Some researchers insist even on the impact of climatic factors on the development of ADHD in children. There are three main types of ADHD disorders: cases of attention deficit disorder, hyperactivity and impulsivity, and the mixed type, which includes all three symptoms.

The symptoms of ADHD among women cause much more serious consequences than in the child’s age. The life of any modern woman is full of events and various tasks. Thus, they sometimes fail to perform their functions due to the psychological disease, which they even often do not know about. However, such women can be easily identified in society. They are often chronically late for work and important meetings. In addition, they feel anxiety, lack of organization and do not know how to relax. Other possible symptoms of ADHD among women are mood swings, low self-esteem and inability to control their anger. There are several signals of such psychological disorder in a woman’s character:

- Disorganization and inattention. Every person sooner or later faces the state of chaos in his life, but women with ADHD live in this chaos constantly. It is difficult for them to keep everything in its place. They fail to manage the time properly, finish up their work or place the right priorities. This is the "attention deficit" that is very close to hyperactivity. It is interesting that sometimes women with ADHD, in contrast, show a so-called hyper concentration.  It happens, when they become immersed in any business and as a result ignore everything around, losing the sense of time and paying no attention to the presence of other people.

- Forgetfulness. It is completely normal for a modern woman to forget something from time to time. However, for women with ADHD forgetfulness is the normal state of life. They constantly forget about the important events and meetings, as well as about the minor ones, such as where they put this or that thing. This forgetfulness can be very dangerous for a business woman, because it is usually associated with indifference and irresponsibility in relation to the job, which is extremely harmful to her career or business relationships.

- Impulsivity may be manifested in a variety of situations. Impulsive women tend to interrupt the interlocutor in the conversation without looking at the consequences, which is a bad characteristic for them in the social environment. A good example of ADHD among modern women is the so-called "impulsive shopping," when a woman makes a purchase (especially expensive and unnecessary one) under the influence of spontaneous desire.

- Emotional difficulties. Women with ADHD are always subject to emotional swings - up and down. They are characterized by the constant changes of mood, and they often get bored, starting to look for instant emotional arousal. The smallest trouble plunges them into a rage, depression and even leads to such emotional problems as depression and neurosis. These psychological problems lead to difficulties in both family and professional relationships. According to the US statistics, the divorce rate in the families where one of the spouses has ADHD is twice higher than in normal families. 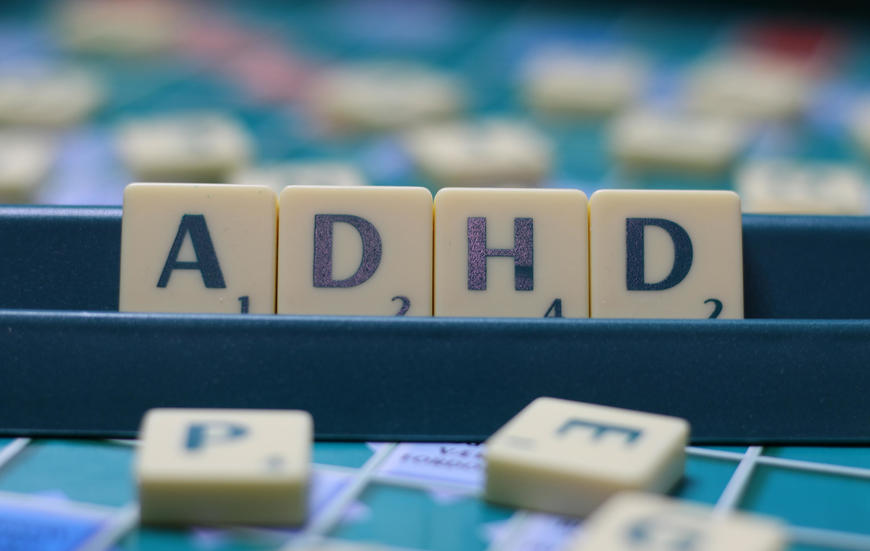 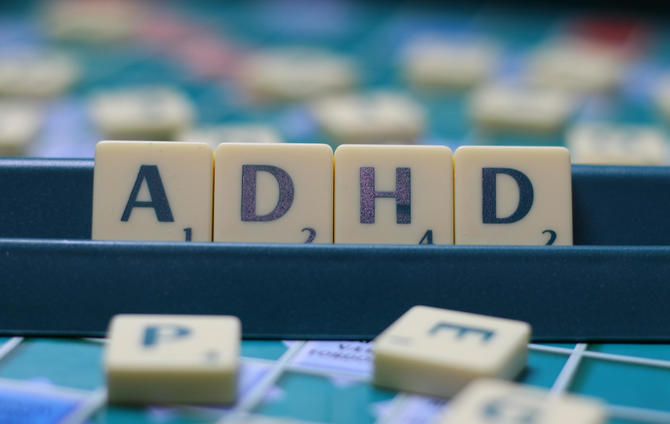 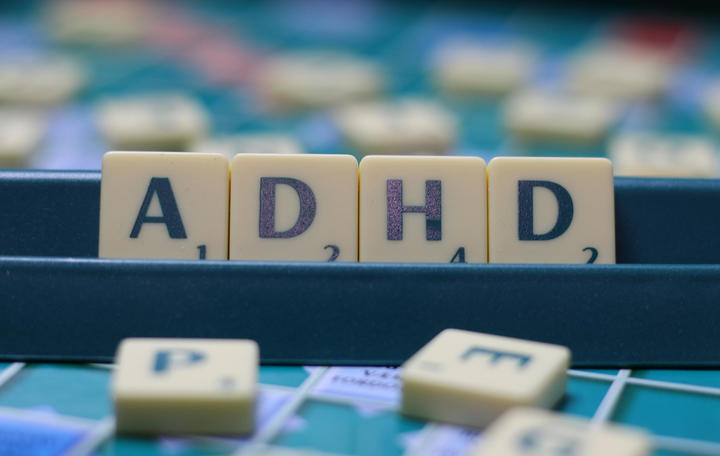 - Low self-esteem. Women with ADHD often have a critical attitude to themselves, which leads to the lowering of their self-esteem. It is usually connected with their underachievement in school, lack of success at work and in personal relationships. Women usually accept the difficulties in these areas as a personal failure and blame their own inferiority, which lowers self-esteem even more.

- Lack of motivation. Typically, this problem is clearly visible on the example of students who cannot concentrate on homework, but in women, it can also be seen in tandem with procrastination and weak organizational skills.

- Restlessness and anxiety. Increased need for movement and activity in women with ADHD causes a feeling of uneasiness. The symptoms may get worse to restlessness and depression.

- Health problems. Impulsivity, emotional problems and lack of organization leads to the situation when women with ADHD do not simply look after their health, which worsen the existing disorders. Generally, compulsive overeating, reluctance to engage in sports, forgetting about the need to take the right medicine is the typical behavior for women with ADHD. Increased anxiety and constant stress have also a negative impact on their health.

“According to the American Psychological Association, young women diagnosed with attention deficit hyperactivity disorder as girls, particularly the type with early signs of impulsivity, were three to four times more likely to attempt suicide and two to three times more likely to report injuring themselves than comparable young women in a control group, according to the findings, published online in the Journal of Consulting and Clinical Psychology” (Miriam, 2014). ADHD negatively affects not only the professional activity of a modern woman but also her relationships with other people. Due to this illness, a woman does not remember birthdays and anniversaries of her friends and relatives, fulfill the promises, which she gives and so forth. It is difficult for her to do household chores and pay the bills on time. Women with ADHD are more likely to smoke and abuse drugs.

Many women nowadays are not aware of their condition until they seek help for the treatment of their symptoms, such as depression or neurosis. In the discussion of the patient's behavior, problems with work and marital conflicts the doctor may suspect ADHD. But in order to verify the accuracy of the diagnosis, he must be sure that ADHD symptoms were observed in the patient’s childhood. For the treatment of ADHD, women are usually prescribed psychostimulants. They normalize the activity of dopamine and norepinephrine - the neurotransmitter, the exchange of which is broken in case of ADHD. There are other medications to treat this illness. With the start of drug treatment, most patients with ADHD feel improvement, but it is often hard for them to overcome bad habits and self-esteem. In this case, it is important to attend a psychologist, who helps them to acquire the skills of self-organization, establish a mode of the day, resume broken relationships and improve communication skills. Nowadays, this type of treatment is very promising. A combination of medication with psychological consulting eases the symptoms of ADHD and helps the patients to cope with the everyday tasks. “Girls with ADHD also learn to cover up their symptoms, because they are ashamed of them and generally want to please people” (Zamora, D., 2012). Modern society has a negative attitude to any kinds of mental deviations. They can be regarded as an abnormality, which significantly restricts the establishment of new contacts. Thus, many females prefer to hide their disease from others, considering it as an obstacle for their normal life. The specialists of Medical Genetic Research Center and the Faculty of Psychology of Moscow State University found that a single cause of the disease can not be identified. The scientists of the USA, Holland, Colombia, and Germany have suggested that 80% of cases of ADHD depend on genetic factors. The scientists selected three main candidates out of more than thirty genes - the dopamine transporter gene and two dopamine receptor genes. However, the genetic background to the development of ADHD occurs in the interaction of the patient with the environment, which can strengthen or weaken these preconditions. Along with genetic factors, there are some other items, which influence the development of the disease. Family factors, including its low social status, the presence of the criminal environment, severe disagreements between the parents and so forth. The most important neuropsychiatric disorders include alcoholism and variations in sexual behavior of the mother. Pre- and parental risk factors of ADHD include asphyxia, use of alcohol, drugs, and smoking by the mother during the pregnancy. All these activities have a negative impact on the growth and development of the child. The future parents should carefully watch the conditions in which the pregnancy takes place, excluding any harmful factors, which surround the future mother. Such a cautious attitude can prevent the emergence of ADHD and provide the child with a clear genetic background.

Concluding this article, it is important to state that ADHD belongs to a type of psychological diseases, which covers the symptoms, which can be confused with emotional instability. Thus, simple emotions cannot cause constant troubles in a person’s life. Women are quite emotional in terms of their psychological structure. Consequently, it is more difficult to determine this disease in females. However, the constant emergence of the above mentioned troubles can manifest about the ADHD in women. In this case, the medical psychological help is an essential part of the recovery process.