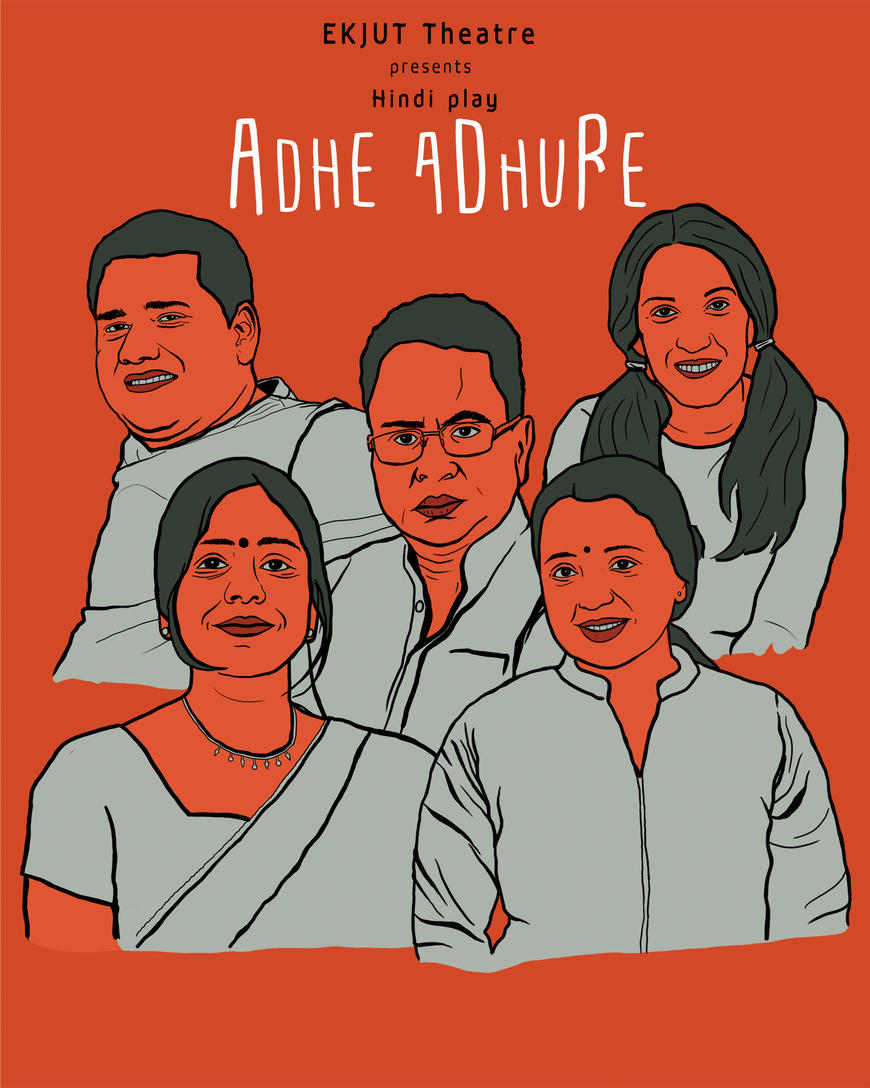 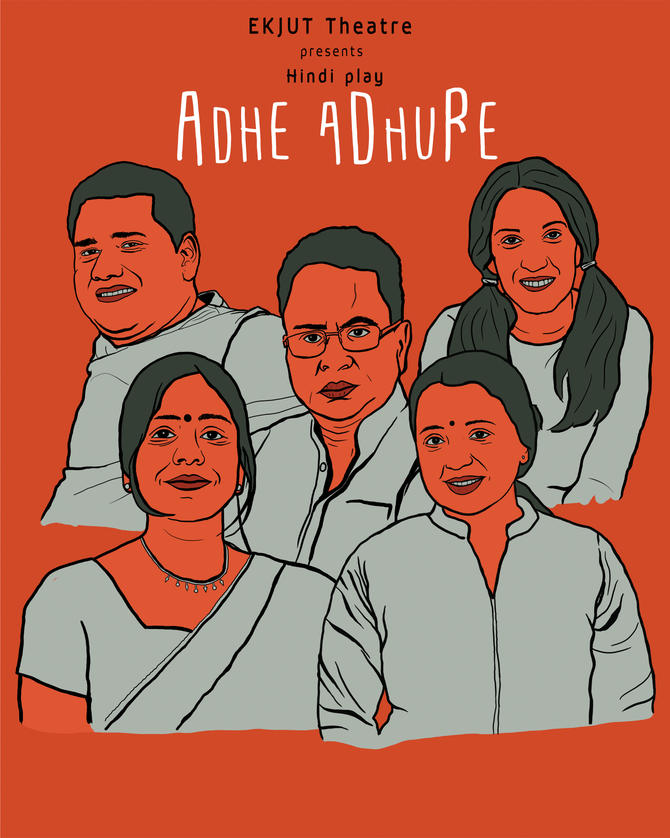 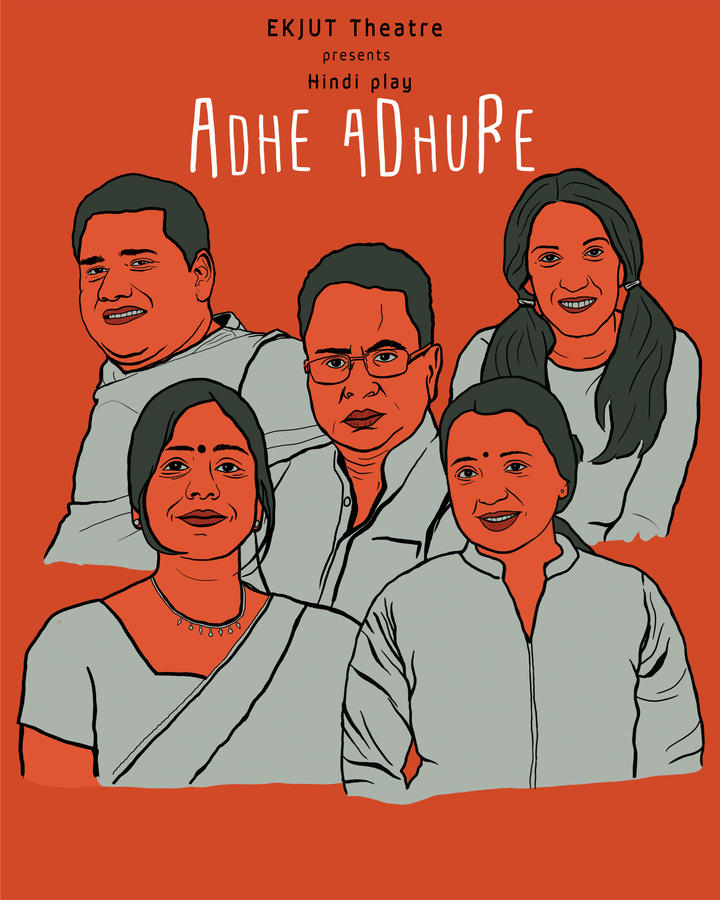 Today’s reality is that it is Bollywood movies that are more known than Indian pieces of literature serving as a basis for theatrical productions. There is literally no one who would not watch or hear about Indian movies. Cinema indeed occupies the central place. However, Indian theater art and plays are no less outstanding and significant for Indian culture. The point is that theater art and literature are of long-standing origin, and therefore, it would be wrong to assume that theatre plays are less noteworthy. In this connection, it is important to note that there are quite a few remarkable Indian plays and authors who have been studied in class. All of them seem to make their own considerable contribution to Indian culture and to art in general, for each of them introduces something new, explores new horizons, and focuses on some specific issues and aspects of life. Storylines of the Indian plays are truly interesting and varied. Some of them reflect the uniqueness of Indian mythology and traditions while others focus on interpersonal relations, domestic life, family-related and other universal issues. Regardless of the subject matters their creators choose to cover, Indian theatre pieces still manage to be original. It is, however, Mohan Rakesh’s work known as Adhe Adhure that will be analyzed in terms of this paper. The in-depth review and analysis of this work enable one to arrive at a conclusion that it indeed represents one of the greatest Indian stories that have even been performed on the stages of Indian theatres due to the complexity of its plot. In Adhe Adhure, Rakesh depicts a dysfunctional family unit in which both men and women are utterly unhappy, and yet, the playwright argues that it is women who are more disadvantages than men because of the social organization, which imposes that women are wholly dependent on them. 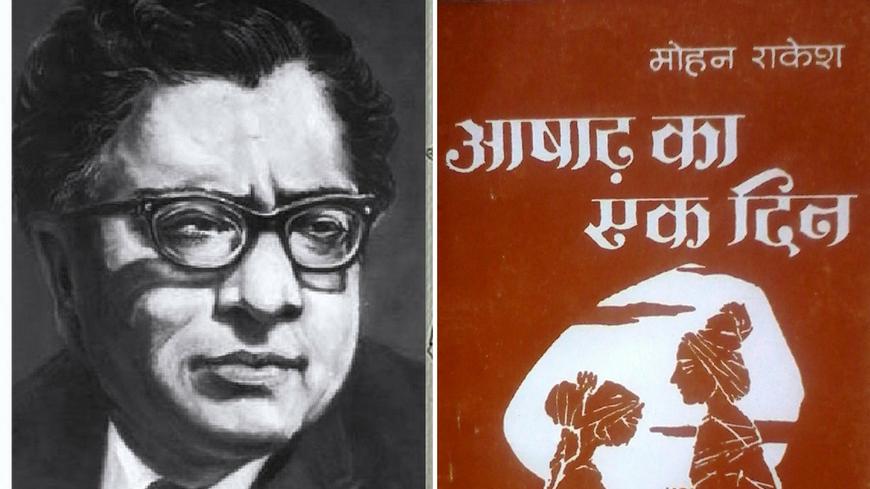 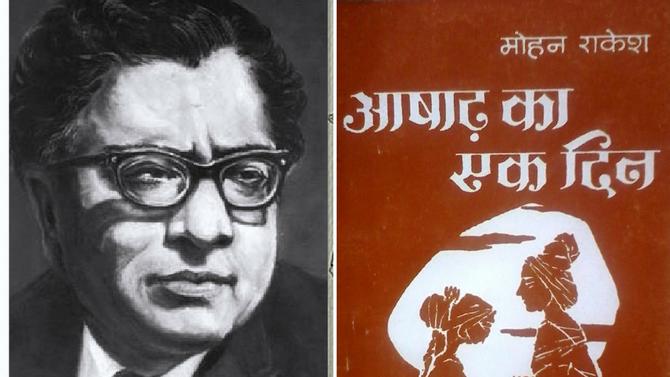 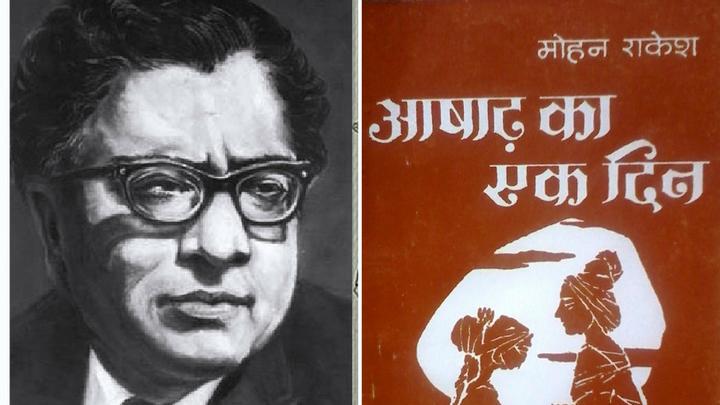 Before proceeding with the thorough analysis of the piece in question, it is essential to take a closer look at the background material concerning its author – Mohan Rakesh (1925-1972).  Rakesh was one of the most outstanding Indian playwrights and writers living and working in the last century, although his works, including the one that will be discussed in this assignment, were not paid due attention and internationally recognized during his lifetime.  As a man with an interesting personality and a man of talent, Rakesh has clearly been and remains in possession of an important role for Indian theatrical world, for he was capable of incorporating real-life human issues and essential aspects of life, including people’s hopes and aspirations, as well as the complexities of human existence as such, into the realm of his plays. Moreover, Rakesh is considered one of the inspirers of the so-called Nai Kahani movement by contributing to the development of Hindi literature.  Carlo Cappola who devoted considerable time to studying Rakesh’s works, working principles and his philosophy life refers to the playwright who placed specific emphasis on the language (to be more precise – Hindi) while playing with diverse language constructions and words and trying to make maximum use of them.  In that way, it becomes evident that Rakesh should rightly be considered a true master of words and his play Adhe Adhure serves as living proof of his genius. 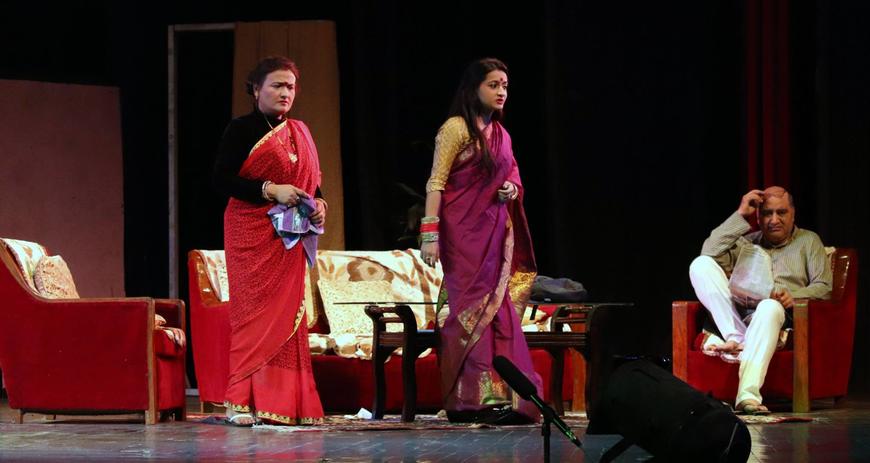 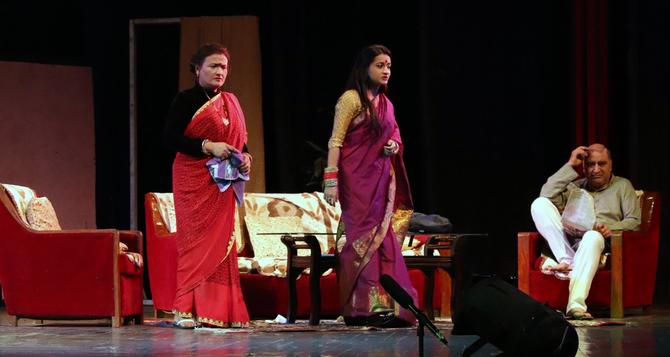 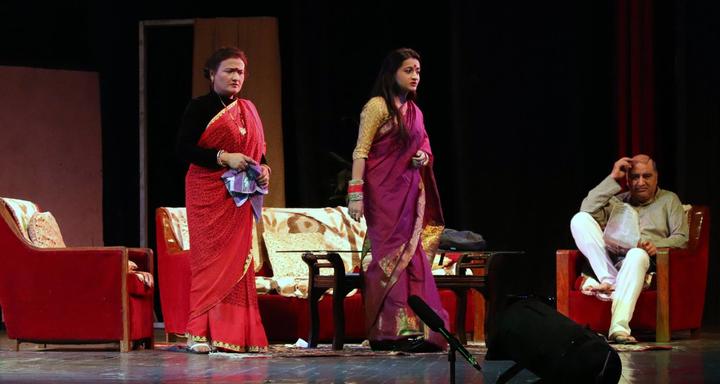 When reading Adhe Adhure that has been introduced to the world in 1969 and analyzing its themes and idea, one can easily assume that it represents a specific mixture of tragedy and comedy which tells the story of a middle-class family.  At the same time, when plunging deeper into the analysis of this story, one realizes that in this work, Rakesh intends to concentrate on the exploration of gender roles in the context of modern times, that is, he emphasizes the existing relationships between his male and female contemporaries. It thus “the transition of values in the changing urban scenario in India”.  It would be of particular importance to stress that the setting is the 1960s and the focus is on a particular household. The play also has quite an extraordinary structure, for it describes two major episodes and implies that there is a time interval between these two parts. Interestingly enough, Rakesh decides not to divide his play into traditional acts but the reading loses nothing with this structure. Another characteristic feature, that the narrator also plays a role in the play, although it is a minor one as their only function is to make the audience realize that the characters and the situations they are going to encounter in the play are no less rear, valid or prevalent than their real-life analogs.

It is thus a woman who is referred to as Savitri who serves as a central character of Adhe Adhure. It is known that she is middle-aged. She is married. At first sight, it seems that Savitri has managed to achieve everything an Indian middle-aged woman could ever want to have: she is married and has three children. She also has a work that can give one a sense of financial security and self-satisfaction. However, the situation is that Savitri is not happy with what she has and how her own life goes by. 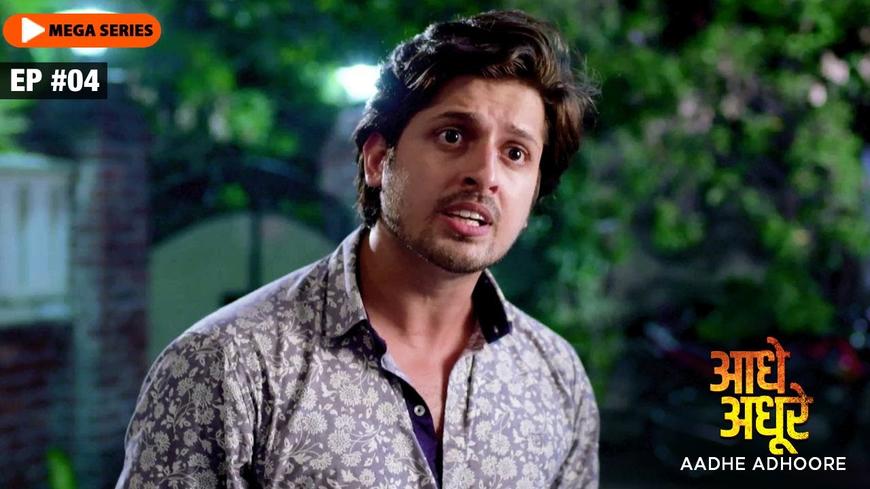 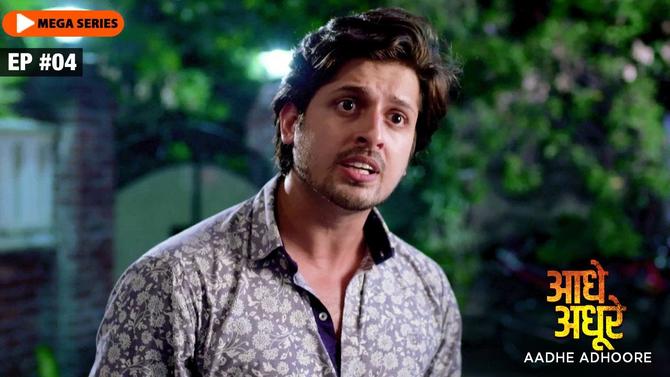 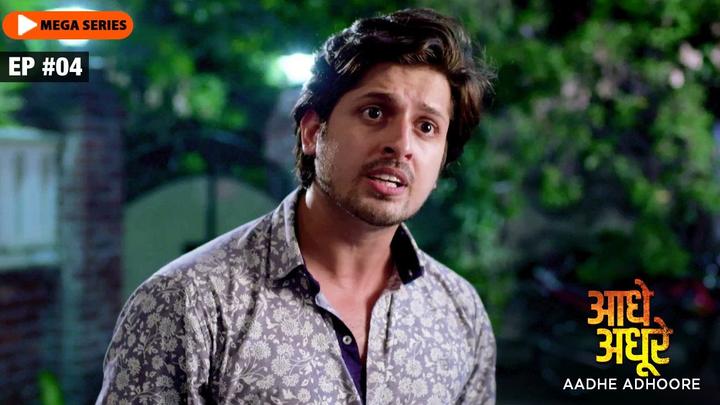 The point is that as a wife and a mother, Savitri fails to establish an emotional connection with her relatives as well as she fails to experience financial security on the part of her unemployed and hopeless husband and two daughters who do nothing but talk about their own problems. Despite being a family, Savitri, her husband, and their children are not able to communicate properly, discuss their feelings and concerns while respecting those of the others, which makes one arrive at a conclusion that this family is dysfunctional. The reader may even have an impression that the characters do not really talk to each other; they are rather in a state of a never-ending verbal fight. Savitri’s spouse, who is supposed to be the head of the family providing for his family, fails miserably. Paradoxically enough, the man is happier when his friends are around (but not his family). Savitri’s children, including her two daughters and a son, also have a hard time interacting with their parents. For example, the eldest daughter who is already married is discontent with her marriage, too. She has a feeling that it is her troubled childhood and the complicated relationships with her parents that are the root causes of her unhappiness. Analogically, Savitri’s son has the same sense of dissatisfaction. He does not want to live in the family house but his inability to find a decent job does not allow him to move out. They are all unhappy but they have to live side by side because social reality insists that as a family, they constitute a coherent whole.

Even when taking into account the fact that all of the members of Savitri’s dysfunctional family are deeply unhappy, it becomes evident that it is female characters who find themselves in a less favorable position. In her article, Saraswat even suggests that in Adhe Adhure, the female characters are more frustrated and incomplete than the male ones.  By this, it is meant that the Indian social system implies that women are initially subordinate to and dependent on men and that the former is always behind the latter, be it the head of the family or any other male person. Here, one should focus on the situation of Savitri herself. First of all, she experiences injustice because she realizes that even despite her husband’s unemployment, he does not go through the same hardship as she does. The point is that his gender inherently entails that he can do what he wants without feeling a sense of remorse. Analogically, Savitri does not feel that she can climb the career ladder, for it is also the women’s male boss who controls her professional life. Moreover, it is apparent that it is only men who can enjoy life opportunities in the existing social system, and it does not matter how hardworking or ambitious their female colleagues actually are.

In that way, in his play Adhe Adhure, Rakesh portrays an Indian family consisting of unhappy relatives who can hardly stand each other’s presence in their lives. All of them are utterly miserable but they have to ensure that their dysfunctional family continues to exist because the social system and the characters’ life situations dictate their own rules. Still, Rakesh manages to highlight that as integral parts of Indian society, women are entirely dependent on men and that they are forced into desperate situations on the part of the social organization as such even in the context of modern times as he depicts women who are caught in their own destiny and unfortunate circumstances.