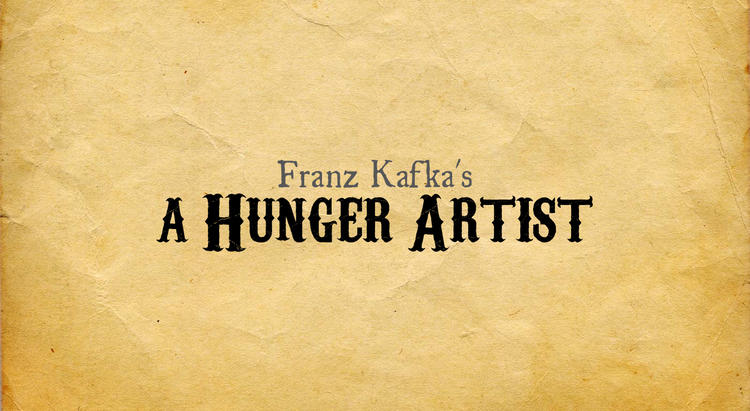 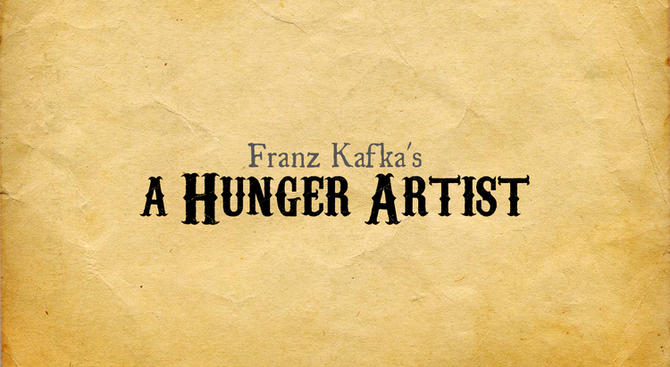 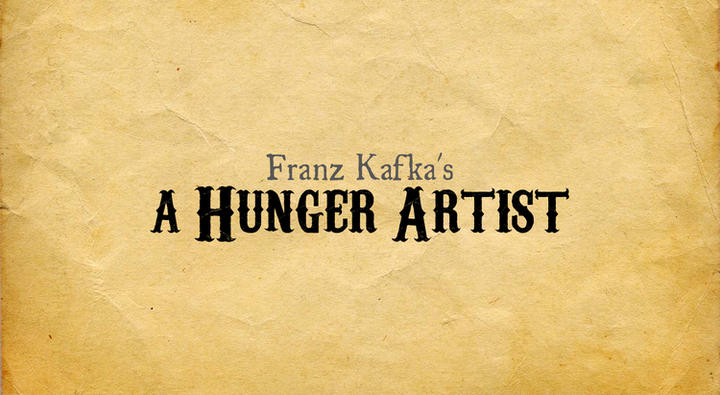 Kafka’s “A Hunger Artist” is a short story from the collection of the same name including various short stories reflecting relations of real life and art. It is quite remarkable that “A Hunger Artist” is one of six works that Kafka did not entrust to burn in his testament of 1922. This story tells a reader about a person who has devoted all his life to the art of starvation. At first, he enjoys huge success among the public, then his art becomes useless and uninteresting, then he ends in fiasco and dies. The plot is fairly simple but the implied sense leaves much to disclose: the distinctive feature of Kafka’s works is plenty of symbols. That is why it is desirable to read between the lines seeking to understand not only the outer form but also the inner sense. If the author of this story was somebody else, we could have possibly overlooked its hidden meaning. But each artist is reader according to certain guidelines imposed by our understanding of his or her personality. Kafka might be considered a parable himself, and his works tend to offer some other senses except literal meaning.

In “A Hunger artist” starvation is literally raised to the rank of art possessing popularity among masses. It is said that “at one time the whole town took a lively interest in the hunger artist; from day to day of his fast the excitement mounted; everybody wanted to see him at least once a day” (Kafka).

It would be reasonable enough to suppose that Kafka describes the destiny of an artist telling the story about the art of starvation; to my mind, the author and the character are quite similar.

In the story we see that the impresario forces the artist to cease fasting after forty days of exhausting starvation, although the hunger artist itself wants to keep on with his art: “Why stop fasting at this particular moment, after forty days of it? He had held out for a long time, an illimitably long time; why to stop now, when he was in his best fasting form, or rather, not yet quite in his best fasting form?” He longed to “beat his own record by a performance beyond human imagination since he felt that there were no limits to his capacity for fasting” (Kafka). If we replace the word “fast” with “write” and it will become rather transparent that this whole plot is about Kafka. The hunger artist, similar to Kafka, desired to share his inner world, his art, he wanted art of starvation to be appreciated and approved, those who came to the cage to observe an unfamiliar phenomenon. But it was a bitter mistake because a beautiful young panther turned out to be much more “comprehensible” and interesting for most people than the hunger artist, a skeleton-like man. “The panther was all right. The food he liked was brought him without hesitation by the attendants; he seemed not even to miss his freedom; his noble body, furnished almost to the bursting point with all that it needed, seemed to carry freedom around with it too; somewhere in his jaws it seemed to lurk; and the joy of life streamed with such ardent passion from his throat that for the onlookers it was not easy to stand the shock of it” (Kafka).

At the same time, the hunger artist is unpleasant in his high art of attainment of spirit and seeking the kind of food that would be to his liking. As he explains at the end of the story, “he has to fast, he can't help it, because he couldn't find the food he liked, and ‘if he had found it, he should have made no fuss and stuffed himself like anyone else" (Kafka). I think that the hunger artist didn’t feel himself free because he was made to stop his fasting every 40 days; he was deprived of the possibility to improve his art to perfection. In this aspect he also could be connected with Franz Kafka himself as the motif of unfreedom runs through his life and works. He may not know it physically but he perceives it, probably through the ancestral memory of his nation (it is known that Kafka was a Jew) that survived through recklessness of Nero, the outrage of Tamerlane, the inquisition tortures, a nation that was doomed to survive through Gestapo, Auschwitz, and Gulag.

As the plot unfolds, we see that professional fasting outlives its popularity in the course of time, the spectacle becomes boring and the audience’s interest to it fades away: “It seemed to happen almost overnight; there may have been profound causes for it, but who was going to bother about that; at any rate the pampered hunger artist suddenly found himself deserted one fine day by the amusement seekers, who went streaming past him to other more favored attractions” (Kafka). The man in the cage yearns to show them his art, he wants to give them a part of himself, but it is all in vain as people don’t need it, they need a young beautiful panther, they need performance, fleeting and momentary pleasure. Similar to his character, Kafka also was underestimated during his lifetime. While alive he published only a few of his stories that made up only a small share of his literary heritage. Unfortunately, his works didn’t win much interest among the readers until his novels were published posthumously on the initiative of his friend Max Brod. Originally Kafka asked him to burn all the works that he had wrote (except several works, including “A Hunger Artist”). A person fully and whole-heartedly devoted to art and to his work is barely needed, and Kafka understood that fact. But in the long run, the hunger artist comes to the conclusion that it is art itself that is truly important, it is really important to be loyal to yourself, to your search, your work, and recognition and understanding on the part of the crowd. It is said in the story: “The artist simply fasted on and on, as he had once dreamed of doing, and it was no trouble to him, just as he had always foretold, but no one counted the days, not one, not even the artist himself, knew what records he was already breaking, and his heart grew heavy” (Kafka). The artist suffered without recognition and appreciation, but he did not stop “creating” his peculiar art. Art is beyond all that even if it is connected with pain, suffering, loneliness, and non-recognition. It is important to stay true to yourself.

To draw a conclusion, it should be mentioned that the main character of this short story can be compared to many artists. Unfortunately, people of art are often underestimated in our society or recognized only after death.