“In the late 1960, the world was apparently undergoing deep, dramatic transformations – even a revolution, some thought.” (Porta, D. M., 2006).  These events changed the lives of thousands of people, due to the actions and movements, provided by social masses. The fight of the Republic of South Africa (RSA) against racism caused a significant raise among the population. Since 1960, the members of RSA were deeply involved in the idea of their racial segregation, shaking the world by different movements and insisting on providing more rights for the African-American population. The regime of Nelson Mandela attracted more and more followers every year. The government of RSA considered that his imprisonment would calm down the aggressive behavior of his supporters. However, even the arrest of the political leader did not stop those, who voted against apartheid. The movements took place in different cities and London was not the exception. The protest action, which was held in 1980 on the Trafalgar Square, aimed to remind the government of the RSA about their devotion to Mandela by the intended calling for his release. The aim of this work is to analyze London’s anti-apartheid movement as a social event. 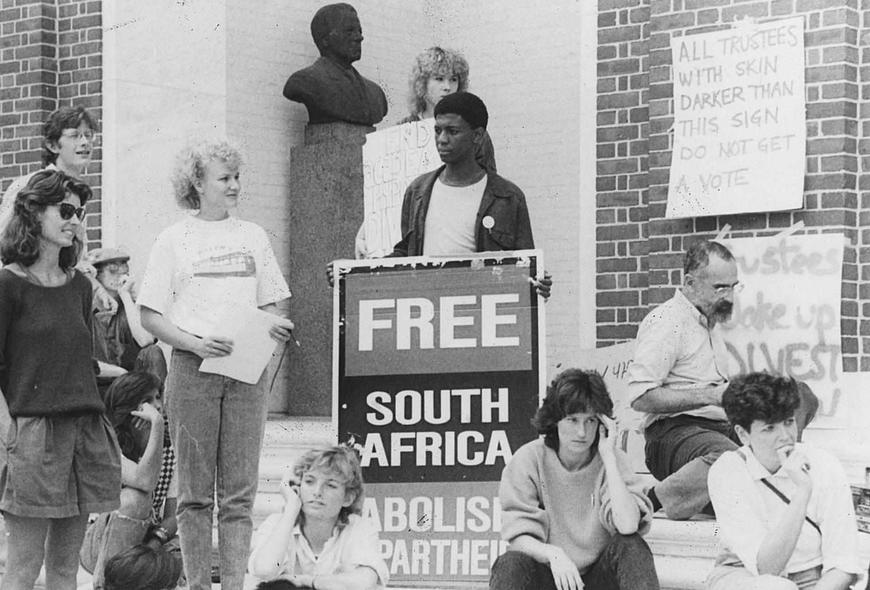 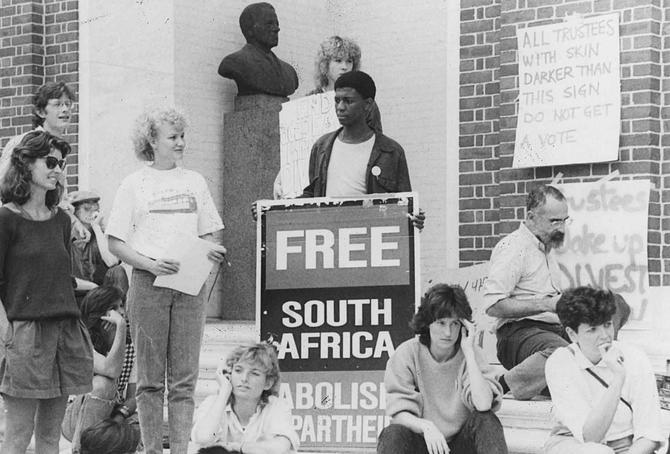 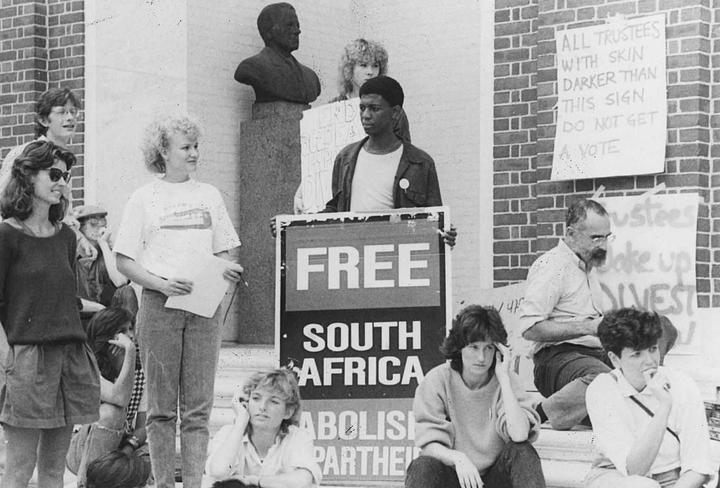 All changes in society are predetermined by the particular external reasons. Most of them concern the values, which the population aims to protect at any expense. However, any values have the ability to change with the span of time, which causes the response of the population to the authorities, who bear the responsibility for any events, appearing in the country. Thus, the movement of 1980, was a response of the society to the change of the political ideals and violation of the rights of the minorities. A. Appudarai writes “Value is embodied in commodities that are exchanged. Focusing on the things that are exchanged, rather than simply on the forms of functions of exchange, makes it possible to argue that what creates the link between exchange and value is politics, construed broadly.” (1986, 3). This citation gives us the understanding that all changes, concerning any kind of values, undergo through the political reforms and consequently social assimilation to them. Changing of values subsequently leads to social changes. The social change represents a succession of states, properties, and relations of social systems. Depending on the research paradigm, social change is understood by the transition of the social object from one state to another, changing the socio-economic structure, substantial modification in the social organization of the society, its institutions and social structure and so forth. In the theory of cyclic development of the evolution, the society is not seen as a linear motion to its more perfect state, but as a kind of vicious cycle of rise, development, and fall, repeating again after its completion. The cyclical concept of the development of society views social change in comparison with the pendulum, when the society, derived from equilibrium oscillates from one point to another, freezing in the middle and thereby restoring its stability. The society is resistant and capable of reproducing itself, which finds the expression in the stability of its basic structural elements (adaptation). If the balance of forces or elements, supporting the balance is broken, but the configuration of the social system as a whole remains unchanged, the lost balance is restored quickly. “Social change is, as the phrase implies about the investigation of the times and places when and where society becomes different.” (Jordan, T., 2002, 14). Thus, when social groups are intended to express their vision of a particular problem, it forms a social movement. There are different kinds of social movements, for example radical, youth, political revolutionary and so forth. The movement, which happened in London in 1980s, belonged to the political idea, which protected the interests of the African-American population. Those, who participated in it, had a strong desire to bring their ideas not only to the authorities but also to attract the attention of that part of the population, which remained indifferent to the idea of apartheid. “Through participation in a social movement, people learn numerous skills and ways of thinking analytically and strategically as they struggle to understand their movement in motion... Moreover, as coalitions are formed people’s understanding of the interconnectedness of relations within a social totality become increasingly sophisticated.” (Choudry.A., 2013, 4). 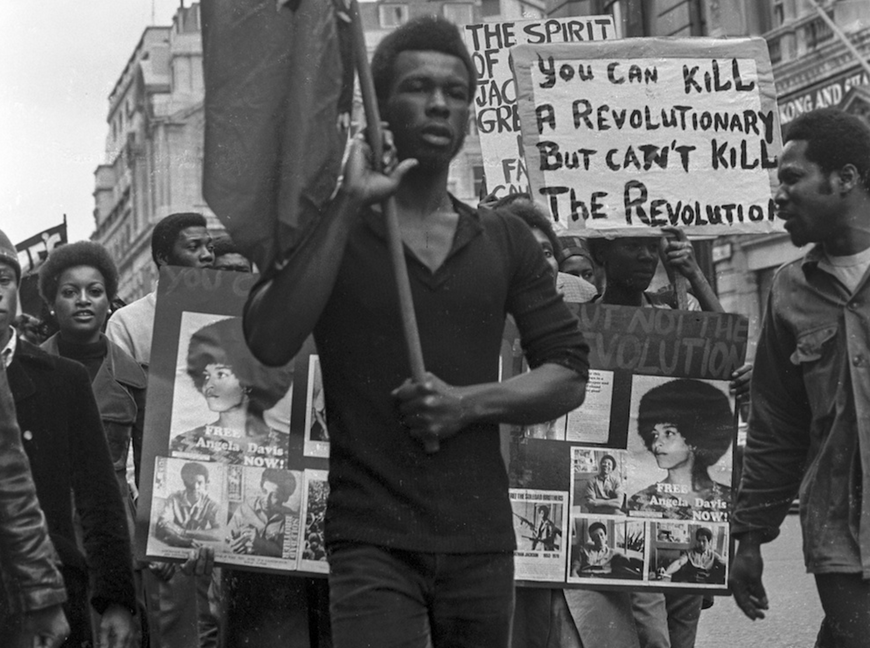 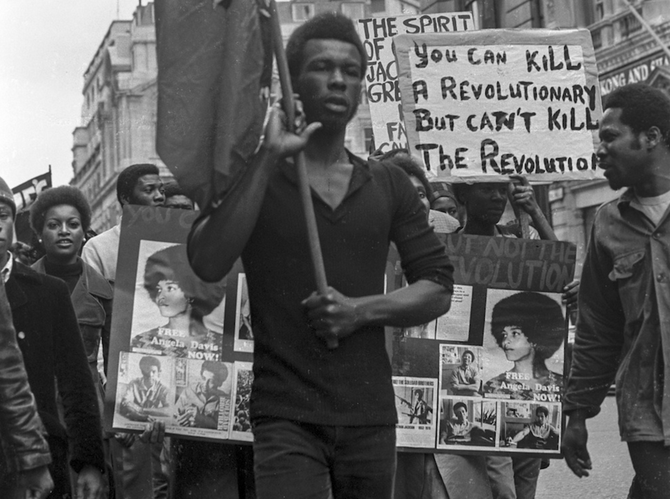 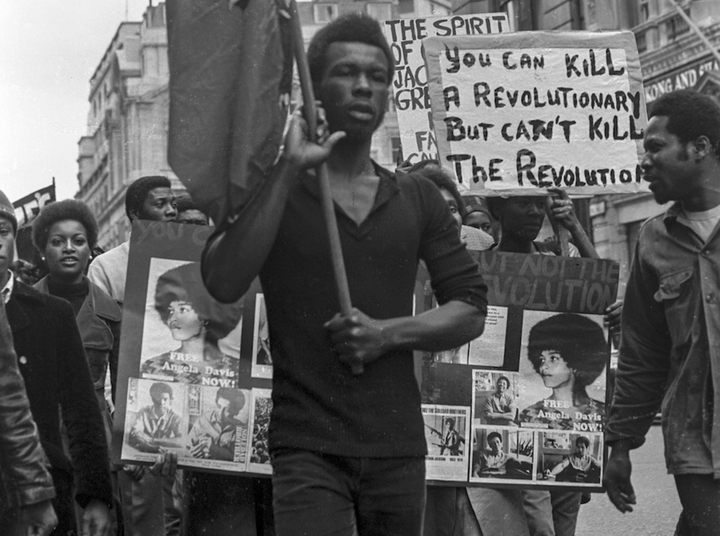 The anti-apartheid movements of the 1980s were the acceptable vehicle of agitation and campaigning for the restoration of rights of the African-American population. The protestors gathered near the building of the South African Embassy in London, which occupies the east side of the Trafalgar Square. The movement was quite insignificant in size and the protestors used for their purpose only a few square meters of pavement near the gates of the embassy. Despite the fact that the activists had the aim to continue their movement for 1408 days, the objects they used can tell us a lot about the history of this process. At the very beginning, the movement was banned by the local police under the influence of the authorities of South Africa’s Embassy, that is why during the first day of the process it was prohibited to leave any of the objects, which belonged to the activists on the pavement. For a certain period of time, the activist held their disobedient objects (banners, copies for their petition, fliers and so forth) under the big tree outside the pavement. However, the picketers continued to fight for their right to hold the protests in the way, they considered appropriate. One of the most important disobedient objects was a banner, proclaiming the cause of the protest. The banner attracted the attention of pedestrians and helped to involve them in further conversation. The activists often used the banners, decorated with the slogans of the imprisoned anti-apartheid members. In order to strengthen the effect, the members of the movement formed a line in front of the crowd, distributing the fliers with the description of their campaign. They asked people to sign the petition for the liberation of Nelsen Mandela. The act of gaining signatures from the population gave rise to the conflict between the activists and the police. The thing is that the protestors caused traffic jams, walking all around the highway.

The megaphone of the group became one more disobedient object, which led to the irritation of the local authorities. The picketers sang African songs, which contained the calling to join their campaign against apartheid. As the sound of megaphone was extremely loud, which brought certain discomfort for the citizens, the police had to restrict the actions of the movement. The activists used a megaphone for the strengthening of the effect of their songs on people. The aim of the picketers was to violate the work regime of diplomats, working inside the Embassy. The police intended on the prohibition of usage of a megaphone during the working hours. However, the activists stood their ground and managed to win in this fight. The actions of the police were aimed to restrict the massive disorder, caused as a result of the protest. However, all negotiations between the Embassy and protestors did not have any success. In 1987, the activists colored the entrance to the embassy in red color, protesting again the white-only election in South Africa. In return, the police prohibited the picketers to gather near the embassy and they had to relocate to the area of St Martin’s Church. Nevertheless, in two months the picketers managed to return to their initial position, near the Trafalgar Square. In addition, they continued to use disobedient objects, which constantly grew in number. Placards were placed around the pavement as a decoration. A dustbin was used as a container for the collection of donations. The three boxes were covered with the colors of African National Congress (black, green and golden). Every time, when they won their fight against the police and embassy, they created something new, which represented their struggle against apartheid and tested the level of patience of the local authorities. The movement is expressed as an event, which left a significant mark in history. It stated about the unjust segregation, which took place over the black population in South Africa, characterized by the economic exploitation of the African-American workers. The disobedient objects, used during the movement played an important role in the identification of the attitude of the government and local authorities towards the issue of apartheid. Constant provocations about police and their leadership demonstrated that the activists were stronger than any other political system. The objects also had a great symbolic meaning. Most of them represented the spirit of freedom and the unity of the nations. The banners are the calling of African-Americans to recognize their right to be on equal terms with other nations. 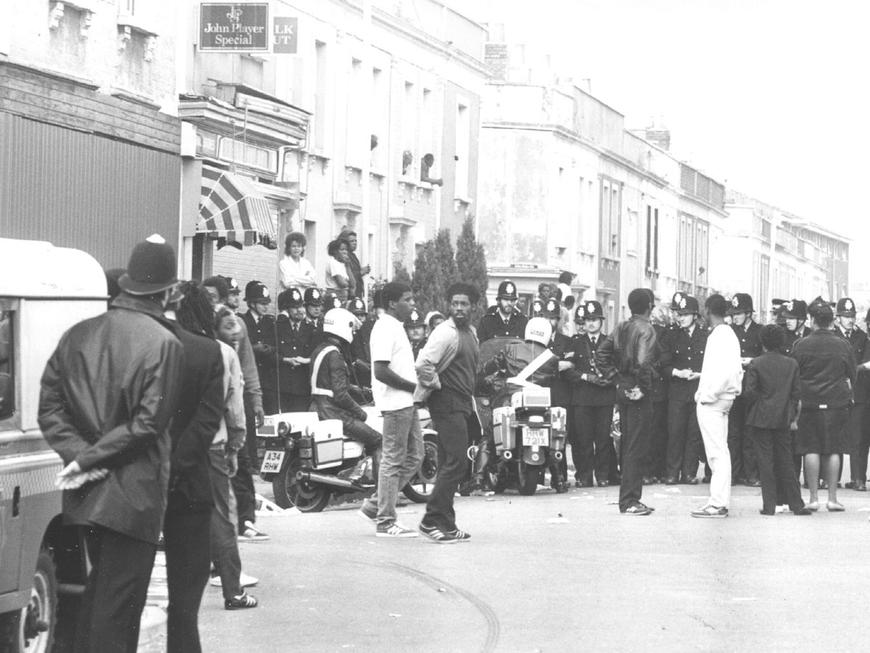 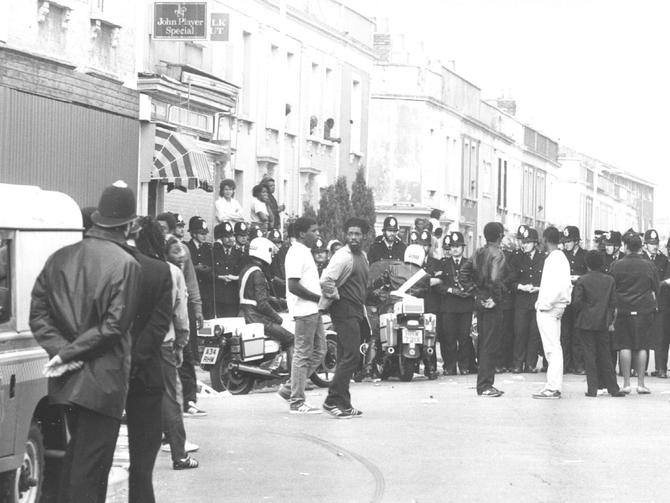 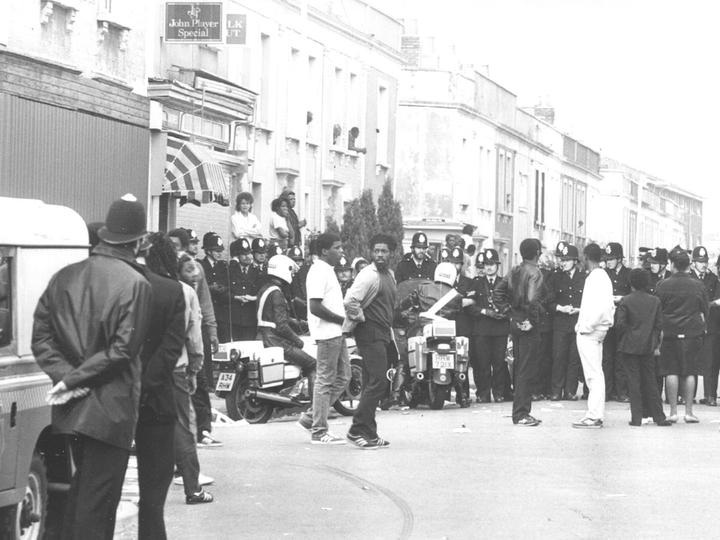 Concluding this article, it is important to state that London’s protest of the 1980s is considered as a massive social event, which contained all features of revolution. It’s an influence on social processes revealed in the protests, which affected much of London’s population. Despite the disobedient objects, used for attraction of mass attention, the process did not achieve much success. Thus, it became an example of the social protest against the breach of justice and inequality.