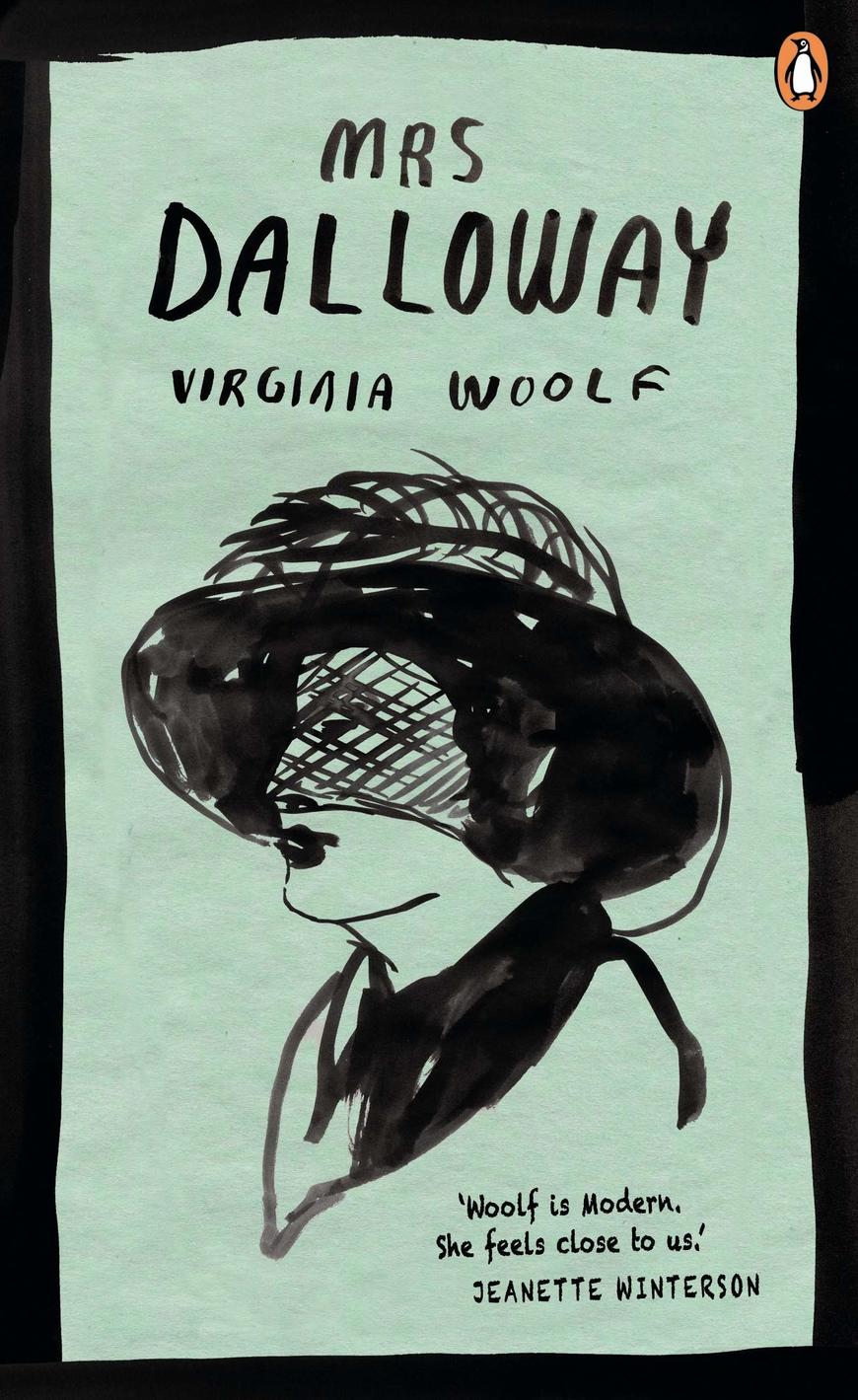 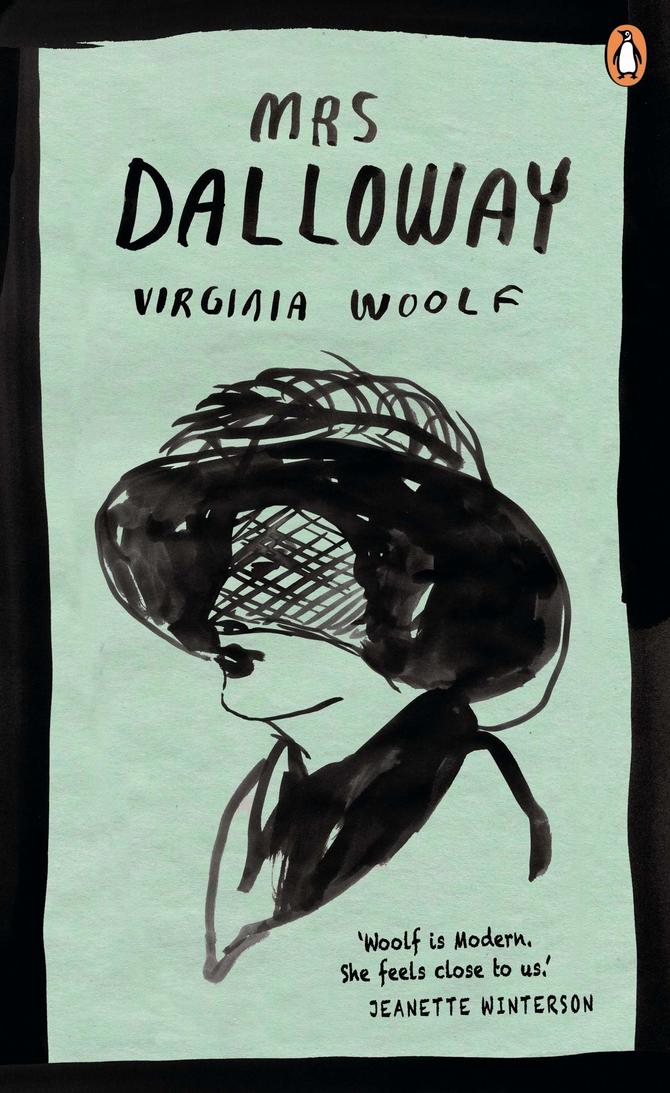 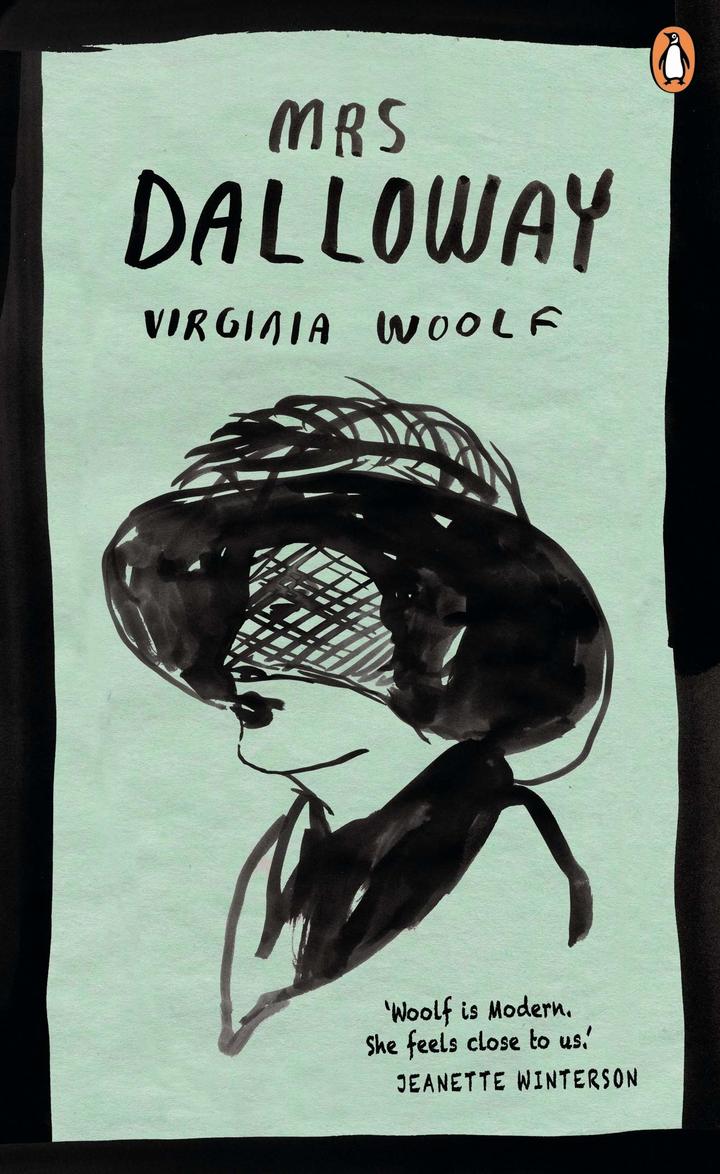 To understand artists from different periods it’s important to know what ideas and better sensations intellectuals of that period shared, how they thought about the modern time they live in, and about eternal things. To understand artist from the period of Modernism, such as James Joyce, Marcel Proust or Virginia Woolf understanding of intellectual background is even more important because their ways of writing are extremely different from everything had been written before. To face a question “what is novel about” reader firstly must deal with a question “how’s novel written and how should it be read”.

In Virginia Woolf’s case, the way of writing is “stream of consciousness” – a typical modernistic narrative mode that focuses its attention on personal perception of things and objects rather than describing things in common and generally accepted characteristics. So when reader faces Virginia Woolf’s prose (and Mrs. Dalloway is a good example of such prose) he/she must deal not with a general reality but with subjective impressions of heroes on objects or other heroes that altogether produce reality and chronotopos of the novel.

Knowing how the novel is written, to read it there’s still a complicated question, why it was written this way. I’ve already mentioned that “stream of consciousness” was a popular narrative mode and widely used by main representatives of Modernism in literature. Let’s have a look at an intellectual background of the period. 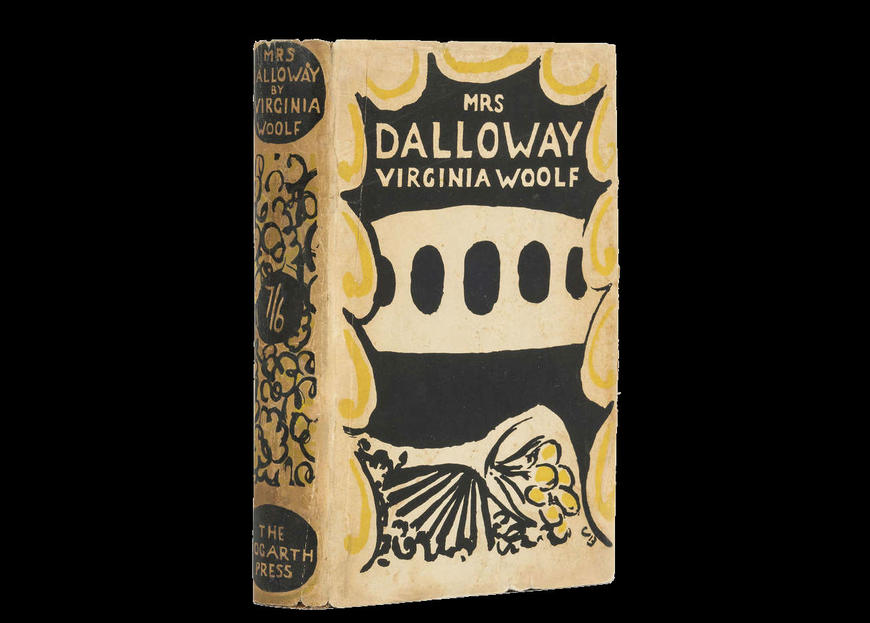 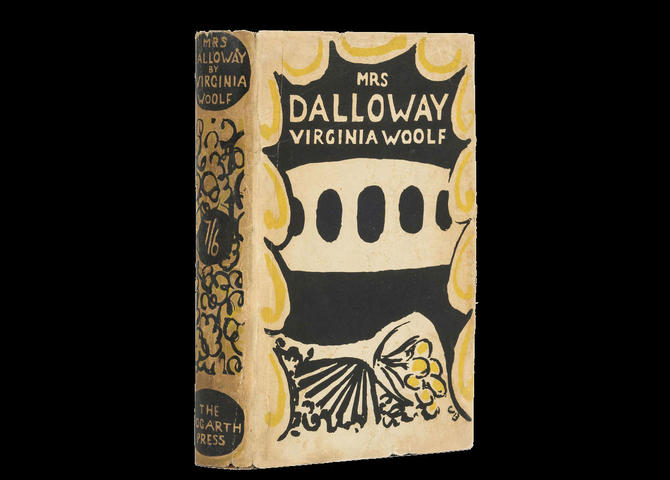 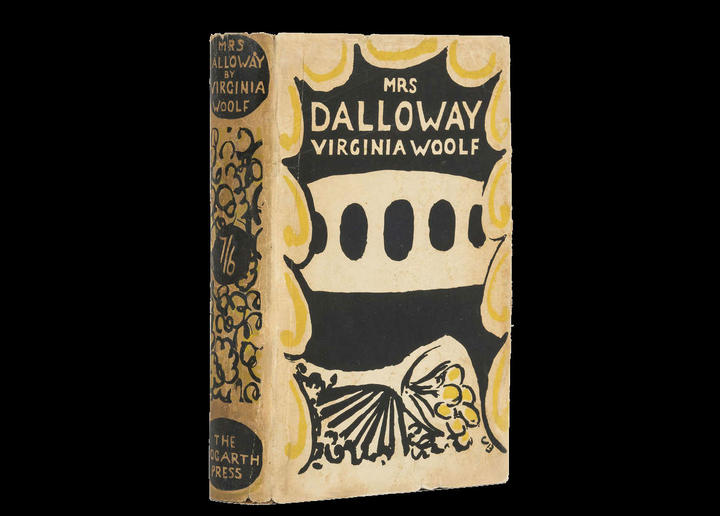 Officially the most powerful and important phrase that vectored all Modernism was Friedrich Nietzsche’s claim “God is dead”. I think with Charles Darwin’s studies and psychological analysis development, a rational way of understanding nature of all kinds was increasing and becoming more and more popular and commonly accepted, so likely considered as the most clever and right way of living. People were becoming less spiritual and more rational. And Nietzsche laconically summed up what people felt those days: a death of spiritual side of life, and religion, and God – a traditional symbol, a quintessence of spiritual, - was dying too.

As artists forever were most sensitive to all tendencies, modernistic artists were first to know that death of spiritual life and rise of rational way of living will lead humanity to disaster. And as religion had discredited itself completely and the reality in its common understanding was becoming more and more unbearable, and rational way of perception was coming from the inside of a human, most artists had decided to look for a spiritual origin inside human as well.

I think now is a time for me to say that I consider all this modernistic “looking for spiritual inside a human” tendency as an effort to redeem God’s murder and somehow to balance human’s life without God. Really, if there is a power inside human enough to kill God there must be powerful enough to replace the emptiness with something as much spiritual. And Virginia Woolf discusses as she sees it human’s ability to produce as rational as a spiritual power in her novel Mrs. Dalloway.

All characters of the novel broadly speaking can be polarized on spiritual (or sensitive) and rational. Mostly, men are more rational and women are more sensitive, but of course, pure characters don’t exist here as they don’t in life. For example, Mrs. Dalloway herself I think is more sensitive than the rest of the heroes. It’s about the way she perceives things and objects. When she meets Hugh Whitbread she sees him first as a part of a general picture and only because of her personal perception Hugh Whitbread becomes distinguishable. Virginia Woolf here follows the natural human brain’s way of recognizing things. “Happy ducks; the pouched birds waddling; and who should be coming along with his back against the Government buildings, most appropriately, carrying a despatch box stamped with the Royal Arms, who but Hugh Whitbread; her old friend Hugh — the admirable Hugh!” (Woolf, V). So Mrs. Dalloway firstly perceives the world fully and then distinguishes something that matters for her. 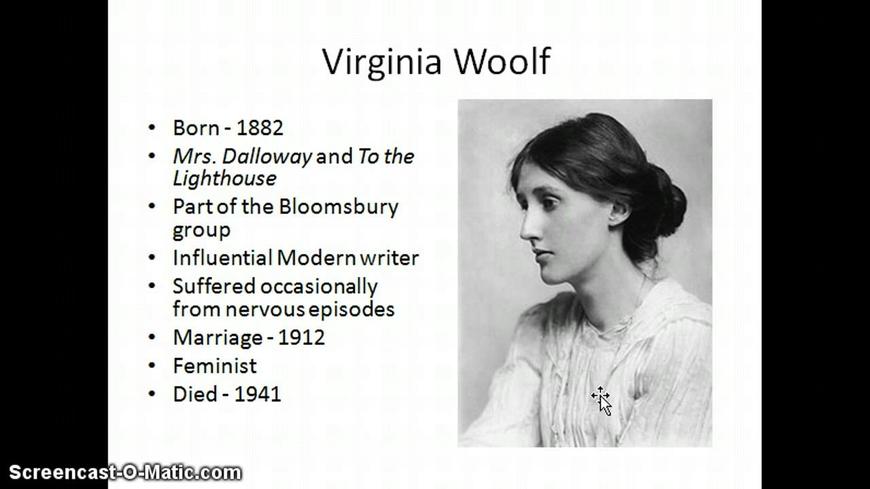 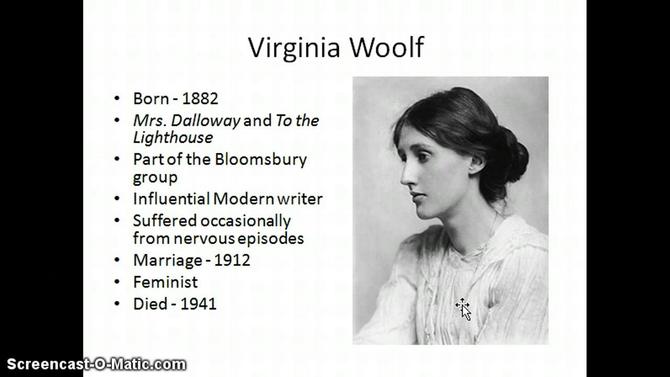 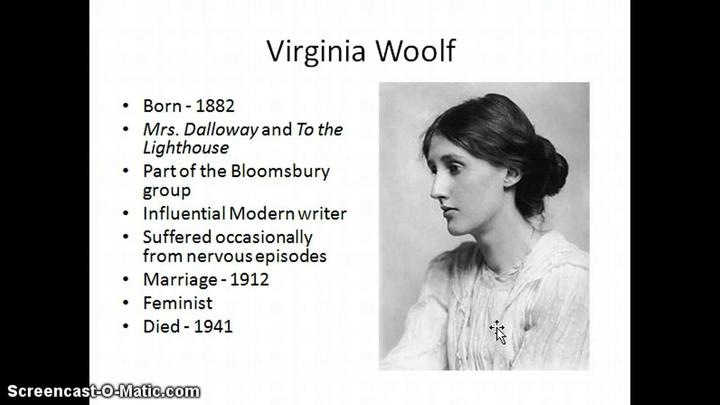 Another piece of a novel I think shows that Mrs. Dalloway’s perception comes from origin inside, from some kind of power she has to spiritualize things, something like the intuitive perception of things coming not from rational knowledge, but from emotional understanding. “She felt very young; at the same time unspeakably aged. She sliced like a knife through everything; at the same time was outside, looking on. Not that she thought herself clever, or much out of the ordinary. How she had got through life on the few twigs of knowledge Fräulein Daniels gave them she could not think. She knew nothing; no language, no history; she scarcely read a book now, except memoirs in bed; and yet to her, it was absolutely absorbing; all this” (Woolf, V). This description I find very telling. A power to spiritualize things, to resist the modern rational world is somewhere inside the human, and always was there. It’s not something you can discover using brain, but to feel using your senses, trough perceptive organs as seeing, smelling, etc.

The idea that women are more capable to feel, while men are more capable to think was widely discussed in the period of Modernism not only by Virginia Woolf but also by James Joyce, Henry Miller, and others. We see Mr. Dalloway, Peter Walsh, and Hugh Whitbread being more rational than women in the novel. In fact, women are those who make men feel less rational (the scene when Mr. Dalloway decides to present flowers to Mrs. Dalloway) and opposite, men are those who rationalize women’s sensitive powers (the Dalloways as a couple).

But a person can be considered balanced only on condition he/she’s living both spiritual and rational life. Mrs. Dalloway has an ability to go into reflections and perceive the world with her senses, but she’s not “carried too far” from the way of living she’s used to living according to her birth and social status. Better she touches with her subjective creative view every object she communicates with, but within socially acceptable limits. In the end of the novel Mrs. Dalloway thinks: “The overwhelming incapacity, one’s parents giving it into one’s hands, this life, to be lived to the end, to be walked with serenely; if Richard had not been there reading the Times, so that she could crouch like a bird and gradually revive, send roaring up that immeasurable delight, rubbing stick to stick, one thing with another, she must have perished” (Woolf, V). So getting married to the right man Mrs. Dalloway had managed to stay a full person in that going crazy world.

There’s another hero in this novel I consider as much important as Mrs. Dalloway - Septimus Smith. But to talk about his nature firstly let’s go back to the background of a novel again. 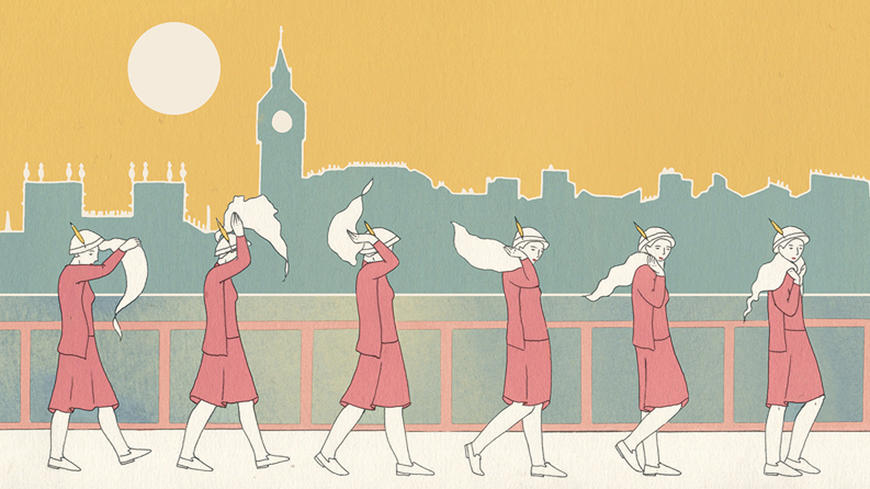 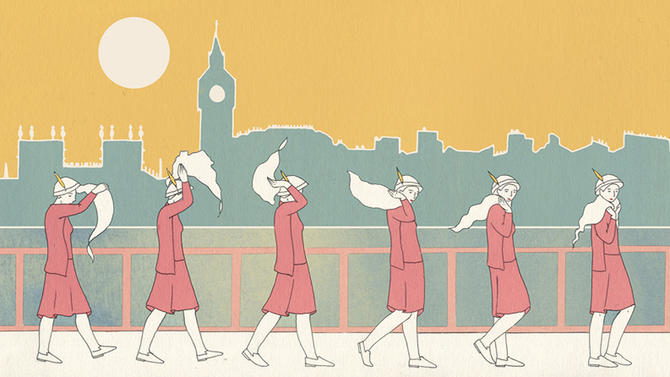 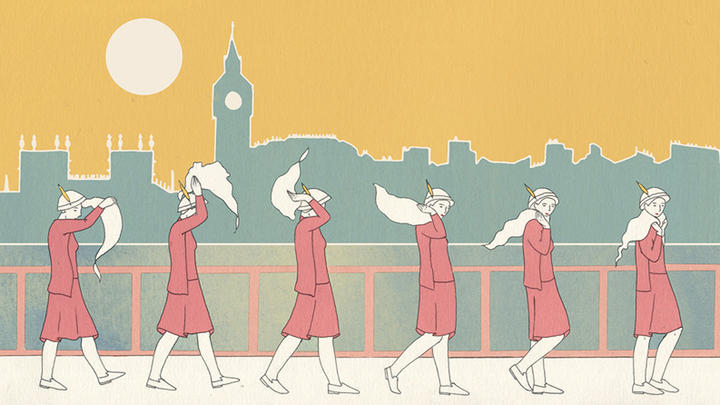 Virginia Woolf writes Mrs. Dalloway in 1925, so it’s already the world after the First World War and preparing to face another. Though it’s still period of Modernism there’s a direction of artists lately called as “lost generation” – Ernest Hemingway, Erich Maria Remarque, etc. – ones who survived the war and write about emptiness war brings. Typically, in novels written by such artists, heroes speak little and unwillingly because really, what can be said if you faced a war, watching your friends dying in front of you, and survived to live with all that horrible experience you cannot forget, and that’s what people who never go through war won’t understand.

And I think Septimus Smith is one of a few heroes of such kind able to speak because of the narrative mode Virginia Woolf chooses for her prose. The reader hears Septimus’ thoughts and they’re neurotic and poetic images are ill. “He lay very high, on the back of the world. The earth thrilled beneath him. Red flowers grew through his flesh; their stiff leaves rustled by his head. Music began clanging against the rocks up here” (Woolf, V). Mrs. Dalloway leaves her subjective creative shade on everything she touches, and she intuitively chooses what to touch, Septimus’ is too perceptive: everything touches Septimus, hurts and scares him. He disguises human nature because for him it’s now forever connected to the horror of war, and reality is connected to war. He doesn’t want to live a reasonable life, because he knew it will lead to death and disaster. But after the war, he also has “broken sensibilities” (Panichas, G). He’s quite artistic because he writes, and has an aesthetic sense good enough to give advice to his wife about designing hats, but he cannot manage either with the Ghost of war or with its reasonable (understandable for other humans) expression.

And a reasonable world cannot accept Septimus. There’re two doctors in the novel trying to cure him: Dr. Holmes and Sir William Bradshaw. First one recommends Septimus a real life with walks and sensual pleasures, not understanding why he’s so disgusted by this side of life. (I think it was not the worst way to cure Septimus and at least didn’t turn his condition into worse). Sir William is the one whose “treatment” plays a fatal role in Septimus’ life. He doesn’t even consider Septimus’ case like an individual one. He has some clichés for patients and thinking reasonably, decides Septimus is a gone case.

Can it be symbolical that Septimus who survived war caused by a reason, in the end, was finished by a reasonable man, acting like a machine where sensible and better, complex treatment is needed? And is there an appropriate treatment for individuals like Septimus to make them balanced and put their neurotic perception under their control? George A. Panichas says, Virginia Woolf saw a lot of in common between her and Septimus and used to suffer from people like Sir William in her life (Panichas, G). So I think on this question Virginia Woolf had no answer, taking in account Septimus’ and her own suicide.

The readers are introduced with Mrs. Dalloway’s image like an example of balanced existence in spiritual and in a rational world at the same time. Mrs. Dalloway’s perception of the outer world is fascinating though some of her actions can be barely explained with a regular logical approach, making her character unique.