The development of the theories of second language acquisition

Nowadays, learning a second language is a necessity, not a choice. The life of modern society is tightly connected with international communication and relationships, that is why acquiring a new language became the question of paramount importance. The demand for such knowledge predetermined the creation of the new educational establishments, such as language schools, international communication camps, online study programs and so forth. However, a study of the second language requires not only the experienced teachers but also the strategically correct application of the methods of language acquisition in practice. In this case, every teacher uses his own methods and approaches, which he chose from the set of different ideas. The thing is that nowadays, there are many schemes for teaching the second language, the main question is if they are effective. The aim of this work is to analyze the theories of second language acquisition and its impact on the approaches to teaching English.

The second language usually possesses a number of features, which differentiate it from the mother tongue. It depends upon the group to which the foreign language belongs. The languages are usually compared according to their lexical, phonetic and grammatical structure. Second language acquisition is the process, according to which people study another language. It reveals their actions and state during the process. That is why second language acquisition is greatly connected with education and cognitive psychology. The discipline includes a variety of theoretical perspectives and approaches to studying the second language. The factors, which greatly influence the theories of study of the second language, include mostly personal peculiarities, such as age, learner’s attitude to the process, communication skills and so forth. Thus everyone noticed that during the work in groups, some people acquire information quickly, while others see the difficulties in its memorization and reproduction. Such results are formed under the combination of the methods of lesson presentation and learner’s personal qualities. 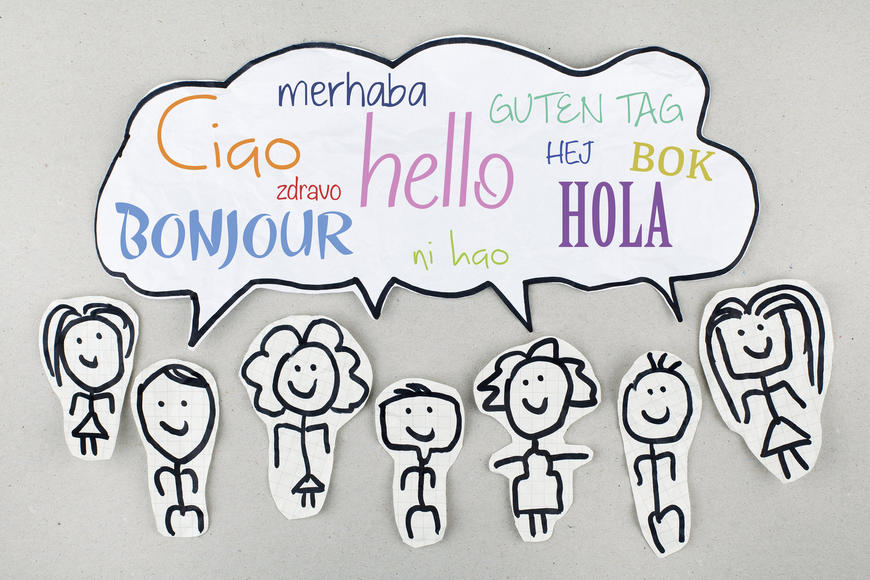 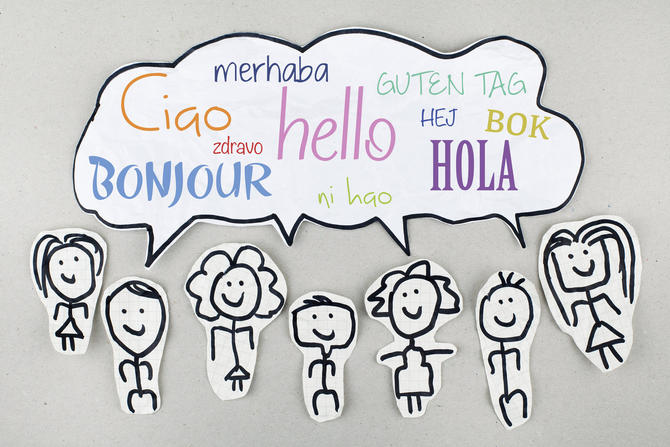 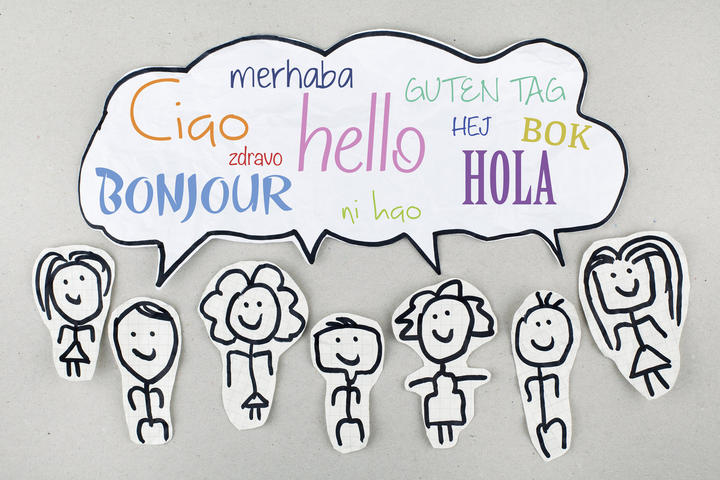 The acquisition of the second language by children has a lot of peculiarities. The forms of training of the children should be directed not to the assimilation of various lexical units by them, but to the development of the child's communication skills and ability to express them. The most successful technique is based on the principle of the progressive development of speech and action when the children start with learning the simple things and finish with more complicated. Independent use of speech units must be preceded by their listening comprehension, which corresponds to the psycholinguistic laws of speech assimilation. According to the flexible mental function, children have great potential for the development of their language skills, implementation of which depends on their education and training by the surrounding adults. The Institute in Philadelphia under the leadership of doctor Glenn Doman proved that the most effective learning takes place during the growth of the brain. Therefore, children learn and accept new information much easier than adults. Language acquisition ability is inherited by the child since his birth and manifests itself from the first years of life. There are several stages of children’s second language acquisition:

- Early vocalization. During the first months of children’s life, their vocalizations are expressed by means of cry or confused sounds, such as coughing, swallowing, sucking and so forth. In 2-4 months they begin to reflect their attitude in relation to other people, with the help of more distinctive sounds, for example, manipulating pitch – growls, nasal murmurs and so forth. In 7 months they express syllable-like sequences, which are characterized by more stable articulation. Fricatives and affricates become more rarely heard, while vowels become open. These vocal plays help the child to express their feelings and needs.

The peculiarities of acquisition of the second language at a young age are revealed through the process of the formation of children’s speech patterns and the level of their interconnection with others. 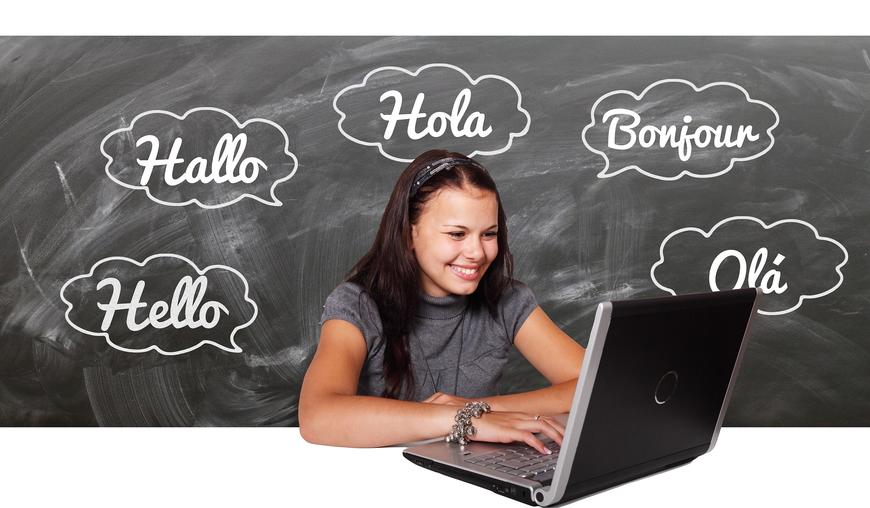 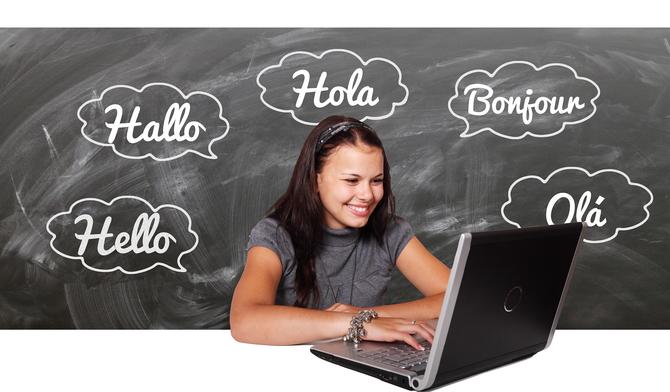 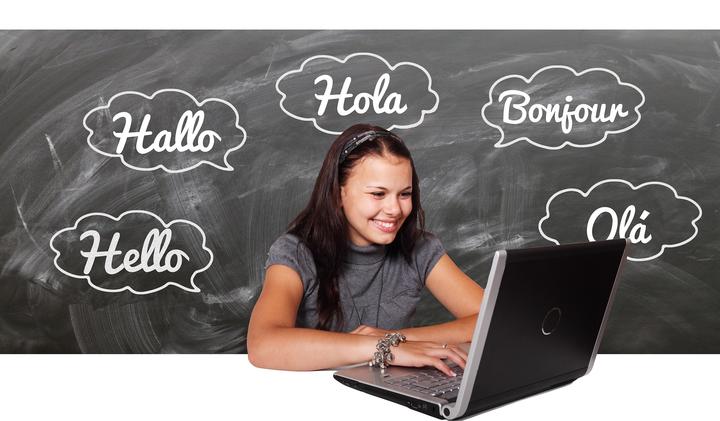 There are two types of theories of language acquisition, based on nature and nurture. The nurture theories predetermine that environmental factors are more important in the acquisition of the language. The nurture theory represents that the inner factors are dominant in learning the language. A cognitive theory reveals the process of acquisition of the second language as a reasoned and conscious process of thinking, which predetermines the usage of various learning strategies. One of the main cognitive theories (native theory) was developed by Noam Chomsky and predetermines that the acquisition of the language is the inborn phenomenon, which exists in the special area of the brain and contains the knowledge about the set of construction of all languages. Chomsky considered that the language, which children acquire from their surroundings, is full of errors and is very limited in terms of its representation. However, behaviorist theory, created by B. F Skinner presupposes that language acquisition takes place by imitation of stimuli and support of correct responses. However, Chomsky provides various arguments against the theory of behaviorism. Skinner does not pay much attention to the cognitive activity of the learner. He considers that Skinner’s tests and experiments for proving his theory were mainly held on animals, thus behaviorism aims to study activity. Chomsky states that the brain of the person contains a set of rules, which have a common structure for all languages. This set acquired the name of universal grammar. “Universal Grammar is considered to contain all the grammatical information needed to combine these categories, e.g. noun and verb, into phrases.” (Lemetuinen, H., 2012). He considered a universal grammar as the evolutionary trait, appropriate for all human beings. In linguistics, the deep structure is the theoretical construct, which aims to combine several related structures. It is the state when the same thought is expressed by different word orders. Chomsky represented such a state as a derivation of the surface structures from the deep one. He stated that this approach helped him to differentiate between the mistakes when the person said something he did not intend to mention. Phrase structure rules are closely connected with the first stages of transformational grammar. They aim to describe the syntactical structure of the language. It divides the process of language acquisition in two parts: phrasal and lexical categories. The most interesting feature of the phrase structure rules is that they represent the structure of the sentence from the top down. One more Chomsky’s language acquisition approach is linguistic competence and performance. It represents the knowledge, possessed by the native speaker. It stays in contrast with linguistic performance, which predetermines the usage of the language system in communication.

Attached file: THE DEVELOPMENT OF THEORIES OF SECOND LANGUAGE ACQUISITION.docx

The monitor model of Krashan is the example of the native theory. “The model forms the basis of the Natural Approach, which is a comprehension-based approach to foreign and second language teaching.” (Kiymazarslan, V., 2002). The theory consists of five hypotheses:

2) The natural order hypothesis. The language teaching materials must be arranged according to the progressiveness of the grammatical structure of the language.

3) The input hypothesis. This hypothesis is connected with the acquisition, not learning. Krashen states the importance of providing the “comprehensible input” for the students for their better understanding of the language.

4) The Monitor Hypothesis. The monitor is one of the aspects of the conscious learning process. It provides the additions to the facts, perceived by the consciousness.

5) Filter Hypothesis. The emotional state of the learner is the filter for the study processes. In order to accept the information more effectively, the learner must get rid of the side thoughts.

The cognitive-interactionist approach predetermines the relationships between thought and language. One of the famous nurture theories was created in 1996 by Michael Long. It stated that the development of language level can be realized by means of face-to-face communication. He developed two forms of the interaction hypothesis: “the strong one” and “the weak one”. The comprehensive hypothesis of Merill Swain predetermines that the learning process takes place when the student faces a gap in his knowledge of the second language. Consequently, he recognized the area and improves his skills in it. In 1990 a great popularity achieved the hypothesis of Richard Schmidt, who insisted that the learning of the grammatical structure of the language takes place only in case if the students notice them. The role of feedback in the interaction theories is a very important feature for understanding the process of study the second language. “Feedback should provide students with an explanation of what they are doing correctly and what they are doing that is not correct” (Teach program, 2012). There are three main teaching strategies: informal teacher feedback, formal teacher feedback, peer-to-peer feedback.

Socio-cultural paradigms predetermine the environmental factors, which influence the acquisition of the second language. An interesting example is Lev Vygotsky Zone of Proximal Development. In literature, this process is also known as scaffolding. Its essence reveals that the best way to develop children’s language skills is the interaction with their peers. In this case, they have the ability to learn from each other. In learning the language there are various interaction patterns, each of which is responsible for a particular type of activity.

The settings and context also play an important role in the second language acquisition process. Social distance becomes a strong motivation for acquiring the new language. The most effective model of the spread of English is Braj Kacharu’s model. It consists of three circles (inner, outer and expanding). The inner-circle represents the spread of English among the first diaspora, the outer – presents the second diaspora and the expending one, reveals the countries with the lowest historical and governmental role of English. English as a lingua franca is the application of English as a mean of the interconnection of the speakers of different first languages. In this case, English aims to meet the norms and requirements of the native speaker and take into consideration his cultural peculiarities. World Englishes represents the indigenized varieties of English. The learning of World Englishes predetermines the identification of the varieties of English in different places of the world.

“Motivation has been widely accepted by both teachers and researchers as one of the key factors that influence the rate and success of second/foreign language (L2) learning.” (Dornyei, Z., 1998). There are different psychological theories of motivation. They include incentive, drive, arousal, and humanistic theories. The socio-cultural theories of motivation bear the features of natural and situational phenomena. In 1985 Gardner presented his socio-educational model, which included three factors: intensity, desire to learn and relate to the learning process. In 1995 Trembler and Gardner extended Gardner’s model of motivation by adding two new theories to it: goal theories and expectancy-value. The learner strategies in second language acquisition usually include three main types of activities: asking questions, cooperating with others, empathizing with others. These approaches help to deal with the difficulties during the learning process and improve the teaching methods for better results.

Concluding this article, it is important to state that the theories for second language acquisition are various for their application, but contain the same purpose. They serve to provide a better understanding of the language structure by learners. In addition, it becomes obvious that both nature and nurture theories are effective, despite the fact that they contain different views on the organization of the process of acquisition.