Violence in the Media: A Disputable Harm 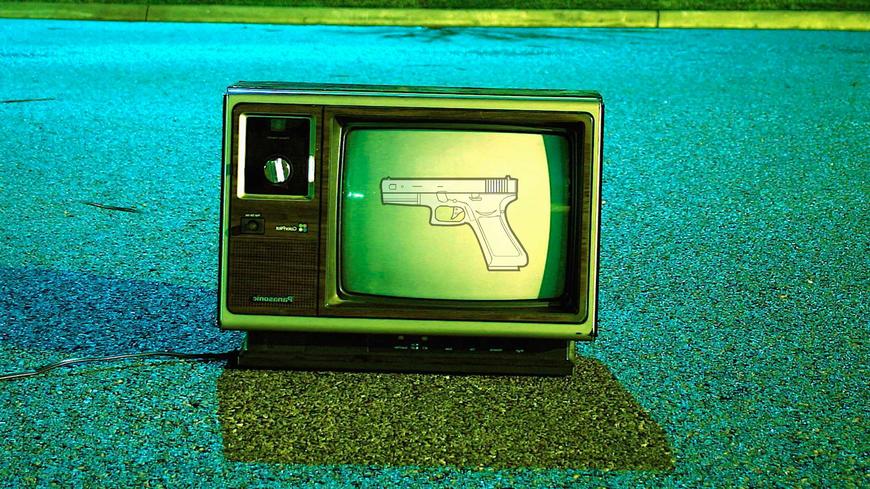 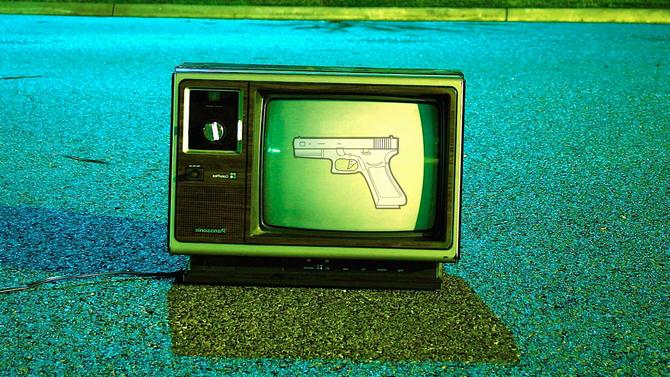 Nowadays humankind has become more advanced and informed than ever before. Yet it seems media technologies help poorly in achieving peace and mutual understanding: ongoing cross-national wars and brutal civil conflicts, domestic and school violence remain timely concerns for many modern societies including U.S. Mass media as the main mediator naturally falls within suspicions when thinking on where all violence comes from. Media occurs even more suspectable when taking into account the media’s inherent ability to influence mass consciousness. Among scientists, there’s no one single opinion on how harmful is spread of violence in the media.

Violence has accompanied media on the way of developing from Ancient Greek dramas to modern shooting video games and thus, scholars who speak quite differently on harmfulness of violence in the media all agree that concerning are those new advanced ways in which violence’s spread, not the violence context itself (Ferguson, 2013) (Beresin & Schlozman, 2012) (Bushman & Anderson, 2001). Ferguson (2013) names cinema invention as important historical event that caused modern concerns. Early cinema in the U.S. was uncensored filming of sex and violence and brought the first wave of modern discussion on the matter (according to Ferguson (2013) and Bushman & Anderson (2001) this discussion has already existed since Ancient Greek times). The second wave of concerns came with a raise of TV and great TV sets ownership in the U.S. in the 1950s when cinema had come to American homes. “By 1955, it was up to about 65%, and by 1965, it reached about 93%. Since 1985, television ownership has been about 98%” (Bushman & Anderson, 2001). The third great historical factor that has reasoned the most recent concerns on violence in the media have been increasing popularity of video games (since later 1970s up to nowadays) (Ferguson, 2013).

When following historical events, it can be observed how more and more interacting violence in the media becomes, and exactly this trend has reasoned a scientific discussion. Most famous and valuable on the field became studies made by Bandura’s et al. in the 1960s in the field of social learning theory. Results from “Bo-bo Doll” experiment demonstrated that children learn of behavior while observing actions made by adults (Ferguson, 2013). Therefore, it has been commonly hypnotized that when observing violence in the media children learn of aggressive behavior, and direct participation in violence which video gaming brings only increases learning effect. With a view of social learning theory, according to Kunkel (2007) nowadays there are three main groups of harmful effects caused by violence learned from screens. Firstly, children learn of more aggressive attitude when observing the behavior of bad and good characters. Secondly, the trend decreases children’ sensitization on victims. Thirdly, trend increases the expectation of violence, even fearing, and in this way effects altogether bring more aggressive behavior in the real world. As a result of individual but commonly spread changes a level of violence in society grows. Same concerns express Bushman & Anderson (2001) when discussing the matter. Scholars say there’s a strong connection between two issues (Bushman & Anderson, 2001). 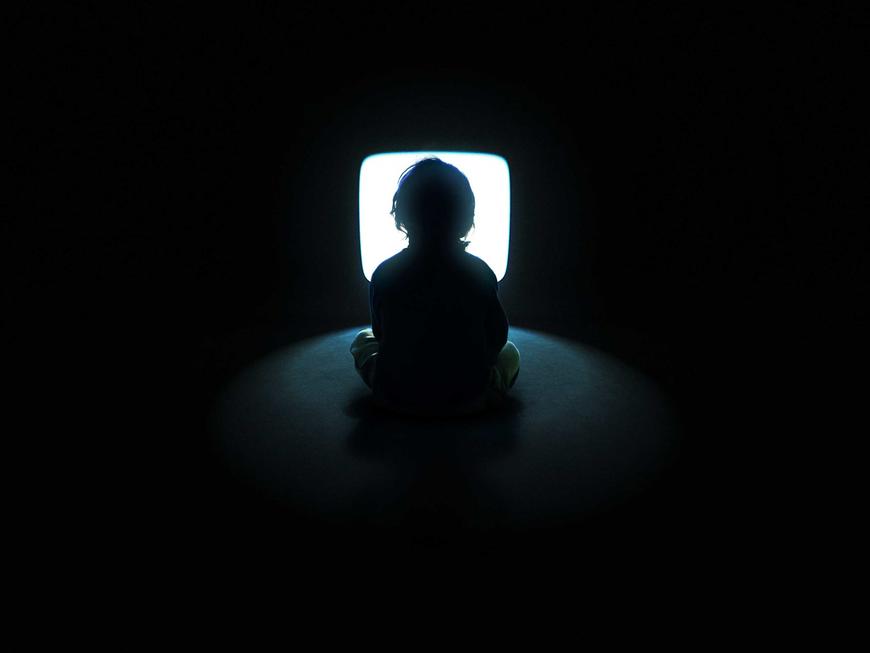 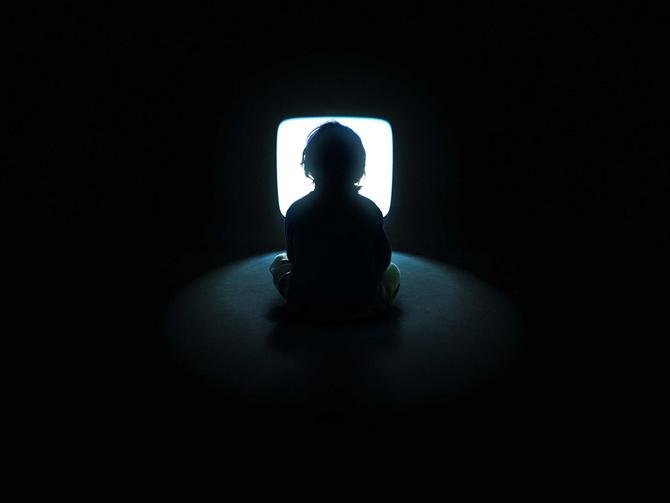 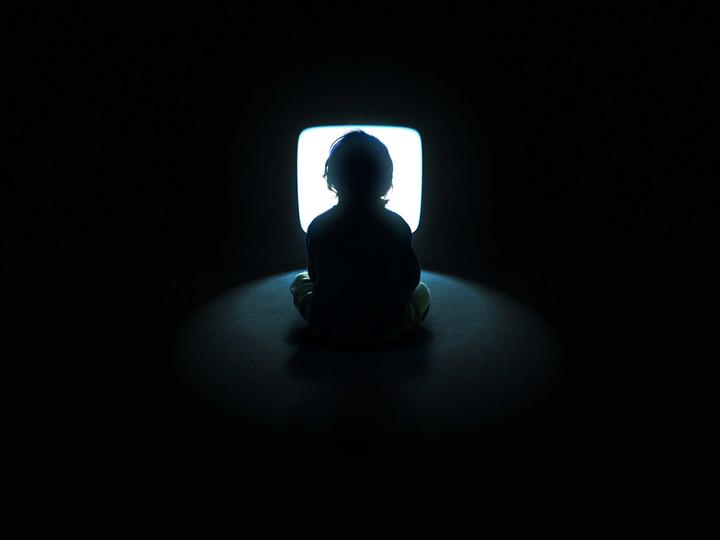 This strong connection Kunkel (2007) and Bushman & Anderson (2001) observe and confirm referring to own findings and studies of colleagues is the point of argument for other scholars. Ferguson (2013) and Beresin & Schlozman (2012) stress that there's no direct evidence on how violence in the media affects a level of violence in the real world. Specifically, Ferguson (2013) argues that the matter should be rather referred to a sociological concept of moral panic. Scholar says, all the modern waves of concerns on violence in the media for American society were accompanied with other concerns, like alcohol and moral concerns of the 1930s (after cinema development) or “War on Drugs”, anti-immigration movements, and anti-pornography movements in the 1980s (after TV and computer gaming spread) and therefore, were perceived altogether in the negative way (Ferguson, 2013). In their turn, Beresin & Schlozman (2012) oppose a common social cognitive theory explanation on the matter referring to Dr. Olson’s MGH team findings: video gaming rather relief stress than activates aggressive behavior among children. Kids often turn to aggressive video games when they are already stressed “to cope emotions and to relieve stress” (Beresin & Schlozman, 2012).

To my mind, Beresin & Schlozman (2012) most fairly point how differently violence observed in the media affects individuals. The statement seems even agreeable when reading scholars who hold different views on the matter all refer to school shooting cases. Interestingly, in a one case shooter was a passionate gamer while in another “Virginia Tech shooter was seen by his roommates as odd because he never joined them in video games” (Beresin & Schlozman, 2012) (Bushman & Anderson, 2001). Logical seems desensitization among violence learners Kunkel (2007) predicts because with more repeating any action becomes a routine.

Bushman & Anderson (2001) bring statistics making it hard to disagree that there’re additional conditions (a true overviolation of media content) for children to learn aggressive behavior from media besides social learning theory working. “Only 0.2% of the crimes reported by the FBI are murdered, whereas about 50% of the crimes shown in reality-based TV programs are murdered” (Bushman & Anderson, 2001). At the same time, I disagree that there’s a direct relation between violence in the media and violence in the real world. To base conclusions on indirect or collateral findings, Bushman & Anderson (2001) refer to isn’t a scientific way. Meanwhile, Ferguson (2013) unfairly neglects how specific is a modern state of affairs on violence in the media comparing to earlier historical trends. The modern era of masses brought conditions and challenges which are unprecedented in human history.

Attached file: Violence in the Media: A Disputable Harm .doc

However real or hypnotized are negative outcomes from violence in the media, it’s better to prevent them.  Beresin & Schlozman (2012) address concerns to parents who individually should control that media content their children are dealing with. Scholars also fairly point that social learning theory firstly works for parents and children and thus, despite controlling, adults should provide kinds with an example of proper social behavior, opposing violence in the media (Beresin & Schlozman, 2012). On a governmental level, censorship should stay to keep children from too violent content, but the most suitable way to fight negative outcomes is by turning media benefits on social benefits. Bushman & Anderson (2001) to a no small degree address negative effect from violence in the media to general ignorance on the matter, thus scholars stand for greater cooperation between researchers and scientific finding and media to spread more accurate information on social concerns.

In can be concluded that violence in the media has a too unclear effect on the actual level of violence in American society to consider it’s a harmful trend. Modern scientific findings on violence in the media don’t clarify the situation wholly: findings are vivid, often indirect, and thus, points of view on the matter are contradictory among different scientists. However, there’re certain great social concepts involved in a matter, and first of all, social learning theory. Thus, hypnotized outcomes from overviolation (aggressive attitude, desensitization of victims, fear of aggression) from modern media may be adopted by a new generation of Americans. With a view of a great social value of the matter, more scientific studies are required.

Assignment: Subject: Pages:
media studies
Get Your Paper
Check Your Price
and get a great paper now