Work of the Prophets: Isaiah and Jeremiah 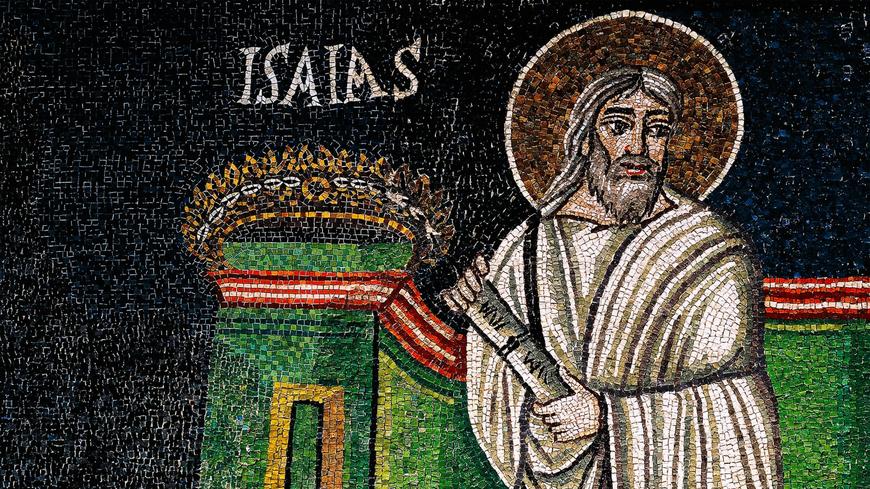 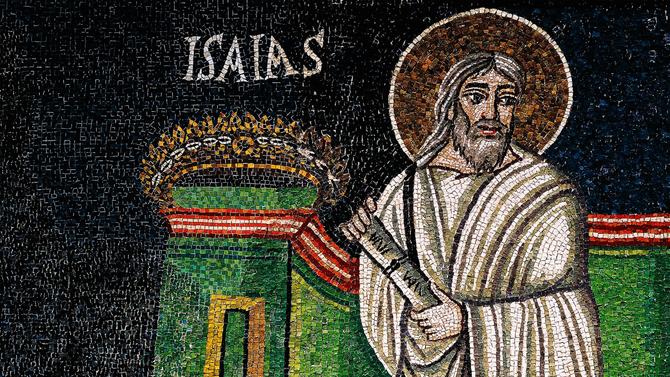 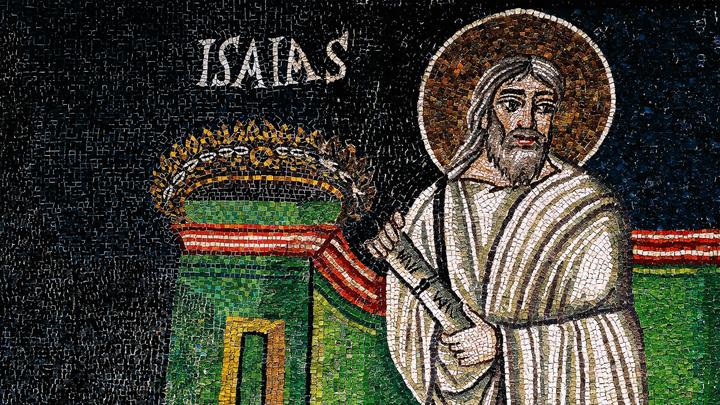 From the very first sight, one reading the Old Testament can find Isaiah and Jeremiah’s books very different from each other. Words God has spoken through Isaiah’s are full of optimism, and Isaiah’s preaching God’s truth in a quite optimistic manner. Meanwhile, Jeremiah’s prophecies are full of sorrow, suffering, and generally, have a pessimistic mood. Yet when taking a closer look, it’s clear that both prophets are speaking on the same matter. Moreover, they both are chosen by God to proclaim His truth, and therefore can’t speak differently. Rather God encourages Isaiah and Jeremiah to stress on different issues of the same truth with a view of different concerns of their times. Some foretold historical events have already come true, but God’s truth spoken by two prophets stays timely nowadays.

The timely character of two prophecies is mainly observed when reading about those sins of Judah and Israel Isaiah and Jeremiah point on. Thinking about analogies between modern times and “more than 2 500 years ago” Friedman (2011) fairly points that none of the prophets speaks directly on economic markets, great unemployment or etc., but on false leaders,  a general lack of justice, a lack of fair treatment and peace, and these issues are among modern Christian concerns. House (n.d.) admits that Isaiah firstly expresses concerns because nations are sinning against each other suffering from mutual oppressions. Isaiah claims that by sinning against each other humankind sins against God. Thus, nowadays, until there’re nations engaged in conflicts with other nations, or oppressing one another, it’s still sinning against God.

Friedman (2011) points that Jeremiah’s preaching generally, is for “loving-kindness” however, about half of his prophecy’s dedicated to descriptions of sins of Israel and Judah nations. House (n.d.) refers to Jeremiah’s “turbulent times” when neither common Judah nations nor Israel rulers were listening to true words spoken by God through Jeremiah instead, listening to false words of false prophets. “People have gone away from the Lord” so much that Jeremiah himself was constantly threatened and hatred though his preaching was based on Ten Commandments (House, n.d.).  Thus, Jeremiah’s mostly concerned with false idolatry. Worshiping “chiefs of Sodom” had already been a matter of concern for Isaiah, and Friedman (2011) says sadly it has stayed so nowadays when Christians appreciate those powerful because of their wealth, and at the same time, there’re those in need suffering all over the world. “Let not the mighty man glory in his might; Let not the rich man glory is his riches” (Jeremiah 9:22-23 in Friedman, 2011). 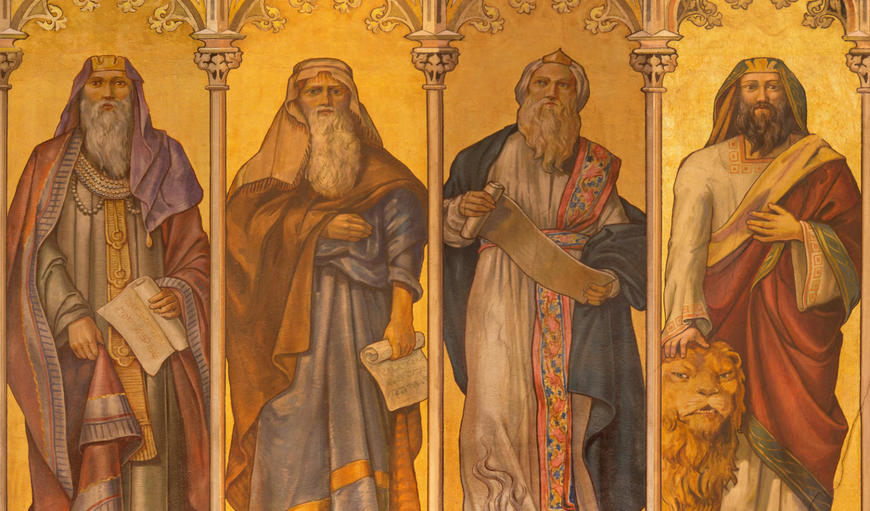 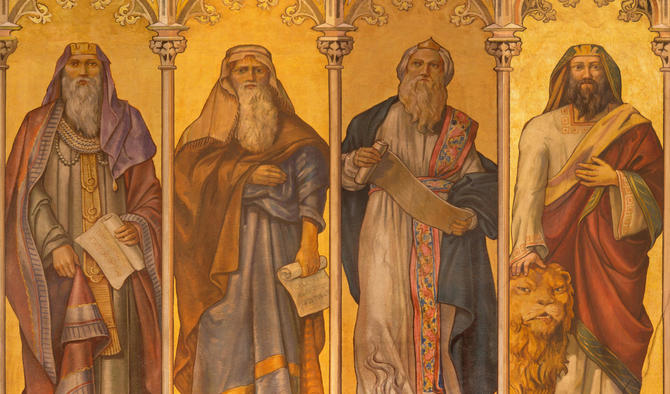 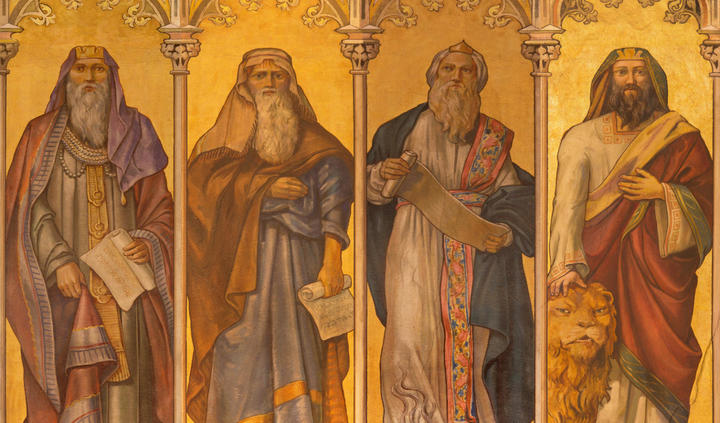 “He looked for justice, but saw bloodshed” (Isaiah 5:7 in Friedman, 2011). Both prophets claim that God sees human sins, firstly seeing ones of Judah nations. However, Isaiah and Jeremiah discuss God’s actions against these sins in different ways, and this’s where the difference between the two prophecies comes from. Isaiah generally, speaks optimistically. Despite foretelling Assyrians’ occupation in Chapters 7-10, and later describing the final judgment (“Your dead shall leave their bodies shall rise”) Isaiah speaks on salvation much more than Jeremiah (Isaiah 26:19 in House, n.d.). Specifically, Isaiah’s firstly known among Christians for a detailed foretelling that Messiah (Jesus, the Christ) will come in Chapter 7, and later cross the book describing humankind’s salvation (House, n.d.). This Isaiah’s prophecy has already come true while a bright future foretold for Judah nations and for different Christians is yet to come. According to Isaiah, finally, Christians of different nations will live altogether without sins with God in a beautiful city on Mount Zion forever (House, n.d.).

The mood of the book of Jeremiah is different. This God’s prophet speaks poorly on salvation, despite foretelling a famous “restoration of Israel and the nations”. “Behold the days are coming, declares the Lord, when I will make a new covenant”, and this time, a covenant has been made through Christ’s blood (Jeremiah 31:31 in House, n.d.). Bright future for Christians is also poorly discussed and instead, Jeremiah’s focused on timely disasters (including war conflicts) which he addresses to God’s punishment towards Judah nations. “God is sending disaster from the north, from Babylon to judge Judah’s sins” (House, n.d.). Most contrasting then are Isaiah’s comforting words on how everything goes according to God’s plan despite coming Assyrians’ invasion in Israel, their domination in Jerusalem and later, the fall of Assyria and Babylon. Meanwhile, according to House (n.d.) the word “repent” is the most widely used word in Jeremiah’s prophecies and therefore, “repentance” is the main idea of his preaching. “Punishment is God’s tool for bringing about a brighter future for the people who turn back to Him” (House, n.d.).

In the light of the above said it can be concluded that some of Isaiah and Jeremiah’s prophecies (though described in different manners) have already come true including the Atonement. At the same time, other actions like the final judgment and further beautiful life in Zion which God has planned for all true Christians (in the first place, for Judah’s nations) are yet to come. Thus, to prepare themselves for those events is still a timely issue for many Christians all over the world. Isaiah and Jeremiah’s preaching against false idols and false prophets, mutual oppressions between nations, and against general injustice remains timely. By nowadays 2 500 years old concerns have simply gone through time changes, but God’s truth spoken by two prophets remains the same.

Assignment: Subject: Pages:
religious studiesresearch paper
Get Your Paper
Check Your Price
and get a great paper now