Problem of Fathers and Sons 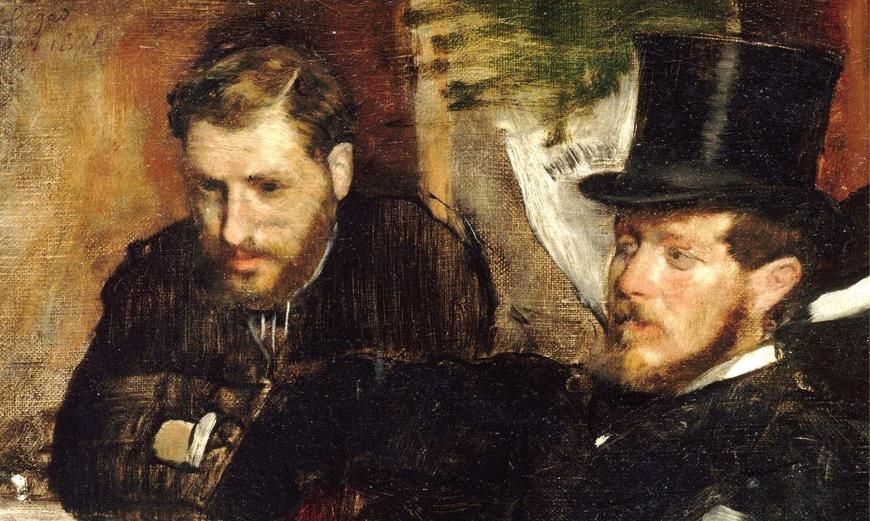 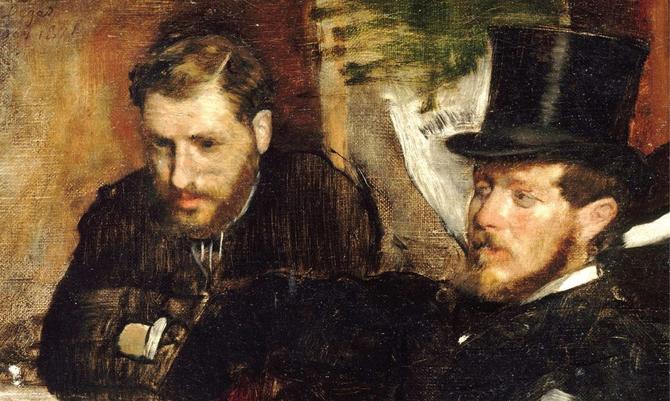 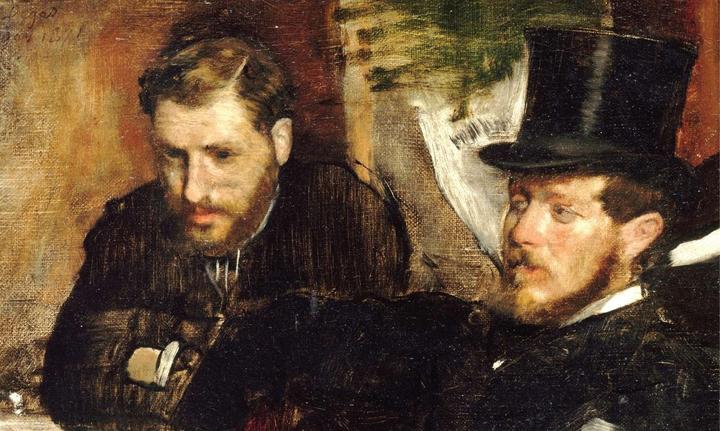 As we all know, parents and children are the closest people in the world, but sometimes they behave like complete strangers. The problem between them arises because children are adherent of new attitudes, ideologies, and parents are usually conservative and have completely opposite views. All the misunderstandings and unwillingness to accept the different point of view are leading to great disagreements and disputes between generations. The problem of “fathers and children” appears in almost all forms of organization of human life: in the family, in the work community, in society as a whole. Sometimes, it is difficult to establish a balance in the fathers and children relationship, and, in some cases, the conflict cannot be solved at all. Some young people arguing with the older generation, accusing him of inactivity or verbiage; some of them, realizing the need of a peaceful solution of the problem, is stepping back, giving himself and others the right to freely implement their plans and ideas, without encountering representatives of another generation.

In the novel Fathers and Sons, the main opponents and antagonists are Yevgeny Bazarov and Pavel Petrovich Kirsanov. “Their relations are cold from the very beginning, and it promptly develops into enmity” (Jahn). The animosity between them can be discerned from the point of view of the “fathers and children” problem, from the standpoint of their political and social differences. It must be said that Bazarov and Pavel Kirsanov differ in their social origin, which, of course, reflects the formation of the views of them both. The forefathers of Bazarov were slaves. All he achieved was the result of hard mental work. Yevgeny became interested in medicine and natural sciences, conducted experiments, collected various beetles and insects. Pavel Petrovich grew up in an atmosphere of wealth and well-being. At eighteen, he was assigned to the page corps, and at twenty-eight, he was promoted to captain. Having moved to the village to his brother, Kirsanov, and here kept the secular propriety. 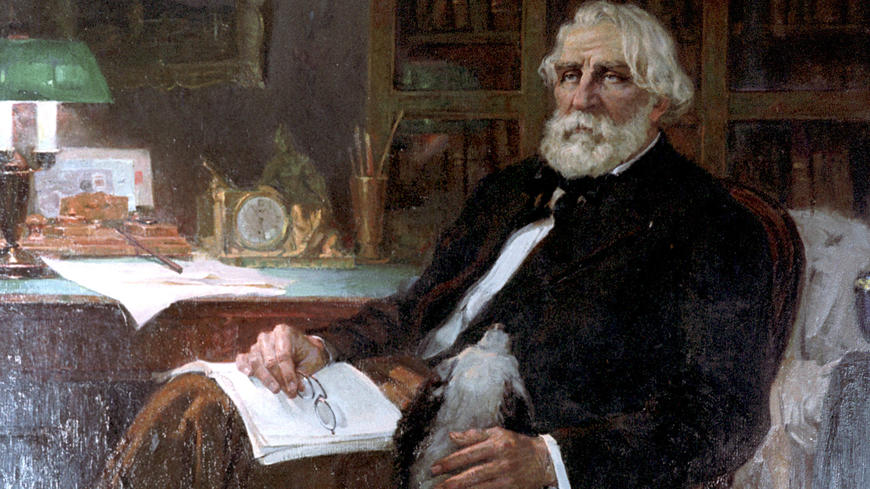 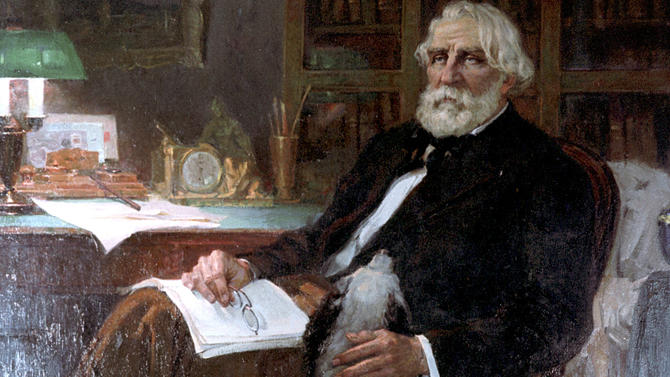 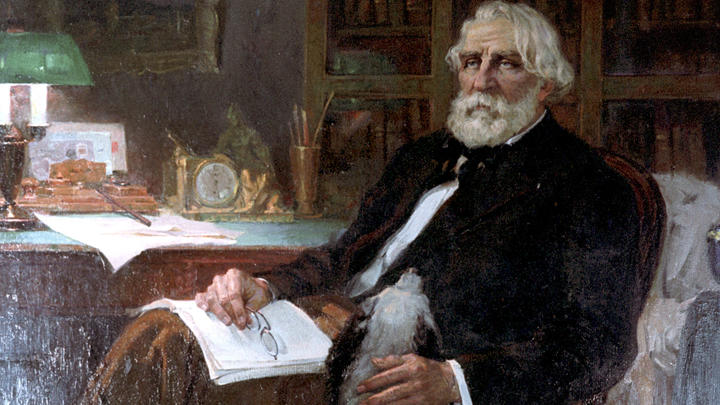 Pavel Petrovich attached great importance to his appearance. He was always well shaved and wore heavily starched collars, which Bazarov ironically ridicules: “Nails, nails, even send them to the exhibition!” (Turgenev). Yevgeny doesn’t care about appearance or what people think of him. Bazarov was a great materialist. For him, it mattered only that you can touch it, put it on the tongue. He was a nihilist “who are not inclined to any authority, who does not accept a single principle on faith, no matter how respected this principle is” (Turgenev). The nihilist denied all spiritual pleasures, not realizing that people get pleasure when they admire the beauty of nature, listen to music, read Pushkin, and admire the paintings of Raphael. Bazarov only said: "Raphael is not worth a penny ..." (Turgenev). Pavel Petrovich, of course, did not accept such views of the nihilist. Kirsanov was fond of poetry and considered it his duty to observe noble traditions. Controversies between Bazarov and Pavel Kirsanov play a huge role in uncovering the main contradictions of the era. In them, we can see a lot of problems and issues that people who represent the younger and older generation do not agree on. Bazarov denies the principles and authorities, Pavel Petrovich claims that "... only the immoral or empty people can live in our time without the principles" (Turgenev). Yevgeny exposes the state structure and accuses the "aristocrats" of babble. Pavel Petrovich, on the other hand, recognizes the old social structure, not seeing the flaws in it, fearing its destruction.

One of the main contradictions arises between antagonists in their attitude towards the people. Although Bazarov treats the people with contempt for his darkness and ignorance, all members of the masses in Kirsanov’s house consider him to be "their" person because he is simple in dealing with people, there is no lordly effeminacy in him. Meanwhile, Pavel Petrovich claims that Yevgeny Bazarov does not know the Russian people: “No, the Russian people are not the way you imagine them. He honors traditions, and he is patriarchal, he cannot live without faith ...” (Turgenev). But after these beautiful words when talking with the men turns and sniffs cologne. The differences that have arisen between our heroes are serious. Bazarov, whose life is built on an all-negation, does not understand Pavel Petrovich. The latter does not understand Eugene. The culmination of their personal hostility and differences of opinion was a duel. But the main reason for the duel is not the controversy between Kirsanov and Bazarov, but the unfriendly relations that originated between them at the very beginning of their acquaintance with each other. Therefore, the problem of "fathers and children" lies in personal bias towards each other, because it can be solved peacefully, without resorting to extreme measures. If the older generation will be more tolerant of the younger generation, somewhere, perhaps agreeing with it, and a generation of "children" will show more respect for elders. 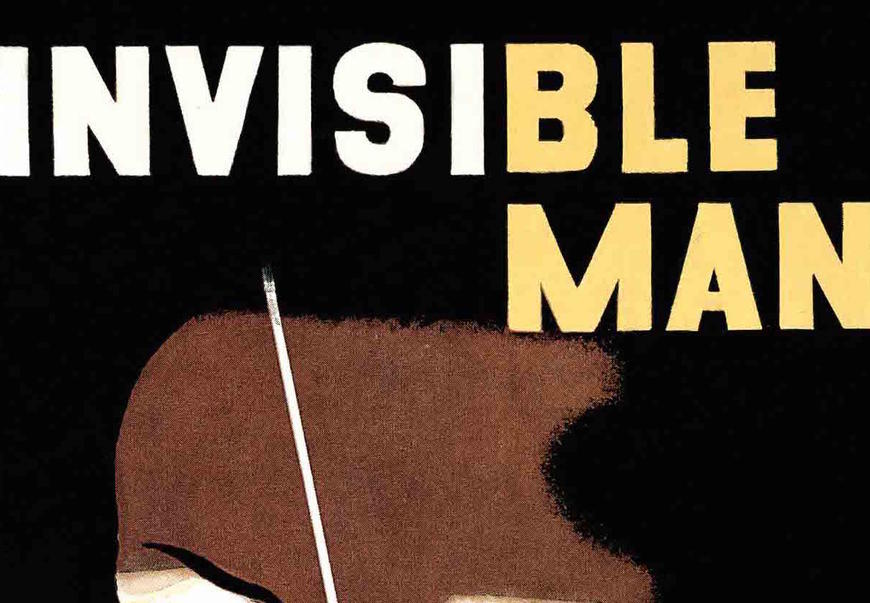 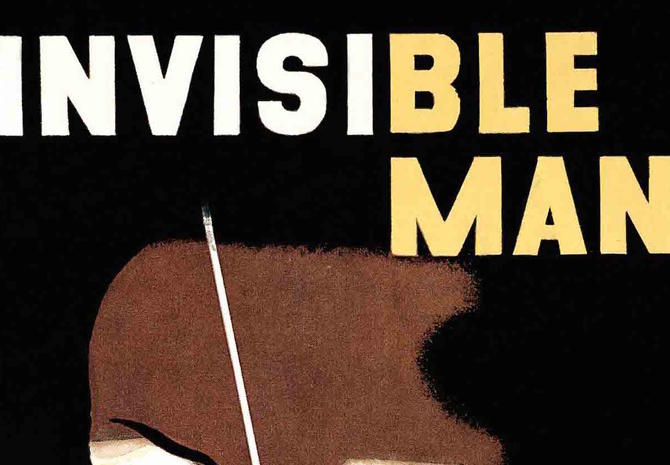 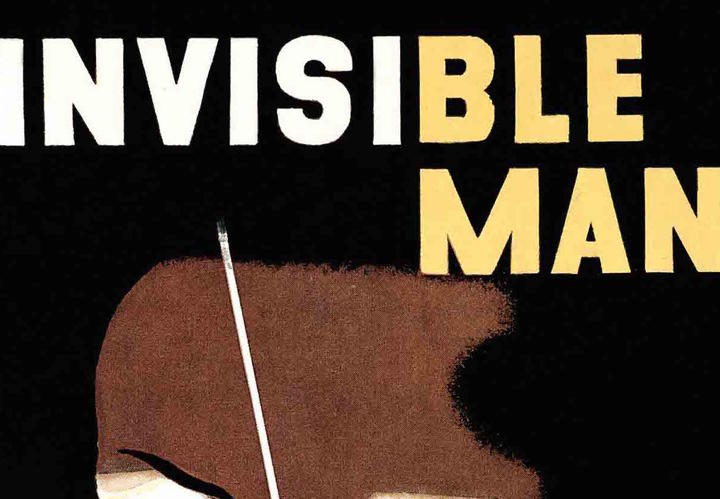 The novel by African-American writer Ralph Ellison tells the story of the life of a young confronted African-American with various phenomena of modern society. The original theme of racism runs through the background of the novel, but further questions that are raising cover the white population as well. Ellison manages to create not just a conditional “African-American novel”, but a great modernist work that speaks on a par with white modernist writers. Anyone who feels hostility towards people with a different skin color and who believes that ethnic minorities are to blame for creating social and racial tension should definitely read Ralph Ellison’s amazing book “Invisible Man”, which was published in 1952, when racial segregation and racial prejudice flourished in America, that is, before Rosa Parks refused to give the white passenger a seat on the bus and before Martin Luther King made his famous speech. On this historical background, a book appears created in a completely new aesthetic of African-American culture: an elegant style and rich an ironic subtext. The main character of the book is the nameless Narrator, an educated African American, isn’t visible for the surrounding, as they say. “He tried to make white people pay attention to him, but they see nothing except a “thing”, not a “man” (Singh). Throughout the story, he is trying to find his identity, to understand what it is to fight against racism.

Despite the fact that the key topic of the book is racism and racial inequality, we can still find the problem of fathers and children in it. This is mainly reflected in the book as a grapple with stereotypes. Almost at the very beginning of the book, the narrator tells us the story of his grandfather, who was a simple worker for all his life, but on his deathbed, in his last speech said that “their life is a war and he was a spy and a traitor” (Ellison). Grandfather says that to overcome racism in the country the racism must be exaggerated. It is necessary to show white people how devoted black people are. These words bring anxiety to the whole family, and the Narrator was told to forget everything he heard. However, this speech run deeply in his head, it influenced him. In some point, these words formed his worldview. Another representative of the older generation is Dr. Bledsoe who explains to Narrator that if they want to overcome racism, they need to work hard and try to imitate the white people, their manners and speech. Dr. Bledsoe argues that “previous generations simply did not know how to fight against slavery, in which direction they should move” (Ellison). In the conversation with the Narrator, he refers to Emerson and says that he put his hand to the fate of the Narrator’s generation. The third representative of the elders is Ras the Exhorter. He represents the nationalist and radical movements, and he is sure that if black people want to win, they should revolt and destroy the whites. Because of him, a wave of insurgency took place in Harlem. So, all these people have different points of view, and they truly believe that their methods are only one feasible solution, and those who do not agree with them are traitors. All of these views, according to Ellison, are ultimately as dangerous as stereotypes about blacks within white communion. 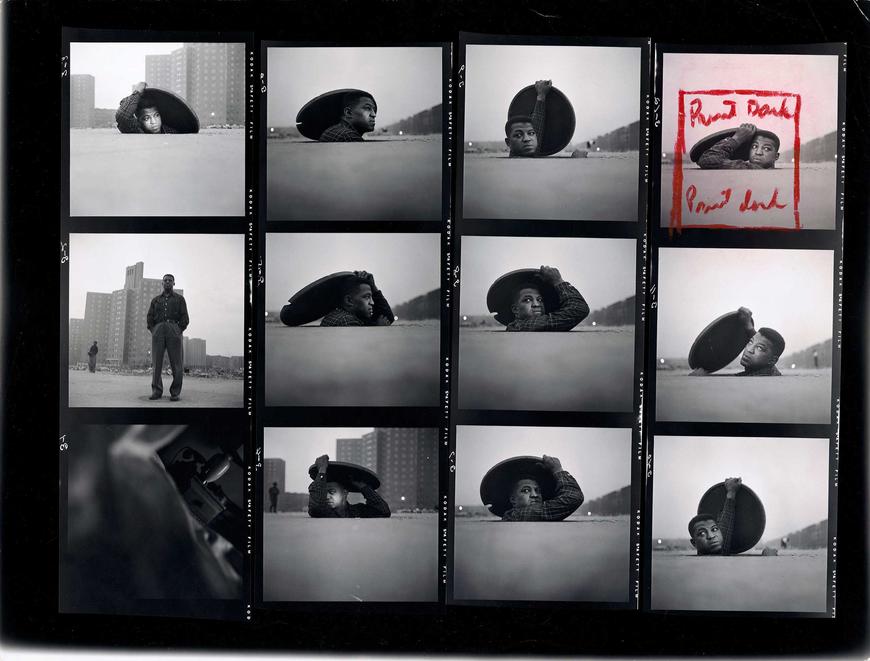 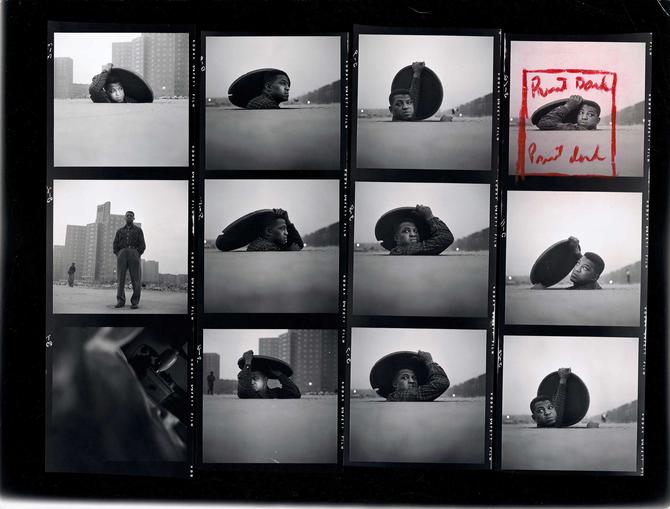 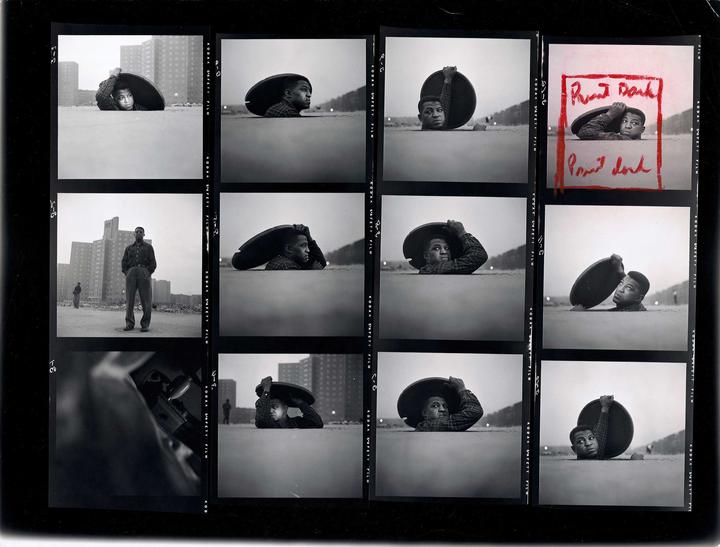 The Narrator, however, realized that the most important thing in this fight is his own identity. At some point, he understood that the problem of society lies not only in racism but also in the outdated and narrow ideologies that are imposed on young people. The Narrator discovers a terrible truth: politics, economics, history, ideology, social life and everything in the world is an area of wrong, untrue, an area of pseudo-existence, where every person is invisible, because it is an object of manipulation, scheme, mask, function, leading to the loss of his identity, his ego. Thus, the fate of the nameless Invisible Man is the “black version” of the human being in general.

The problem of "fathers and children" is an eternal problem between people of different generations. The life principles of the elders were once considered as the basis of human existence, but now they are replaced by new life ideals and ideologies that belongs to the young generation. The “fathers” generation is trying to preserve everything that they believed in and sometimes they are not accepting new convictions of the young, striving to leave everything in its place, striving for peace. “Children” are more progressive, always on the move, they want to rebuild and change everything, and they do not understand the passivity of their elders. The conflict is a kind of completion of the problem situation. Passing from generation to generation, the problem is eternal. Until there are fathers and children, the problems between them will exist.