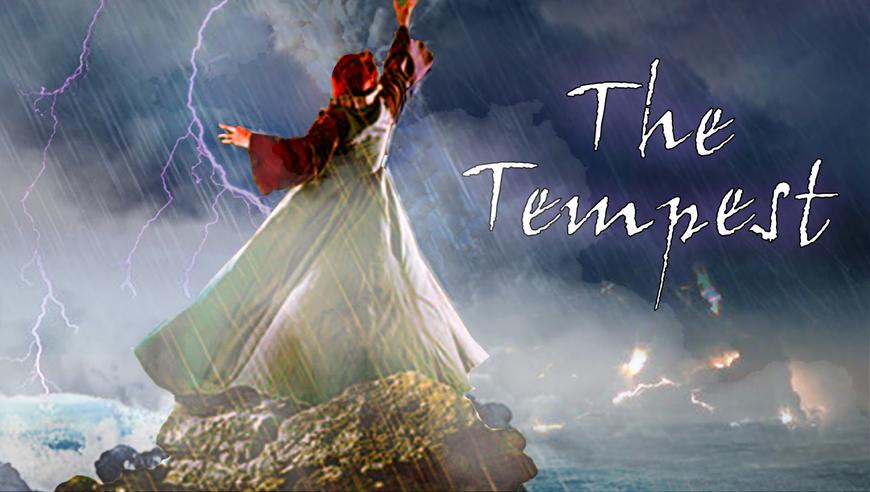 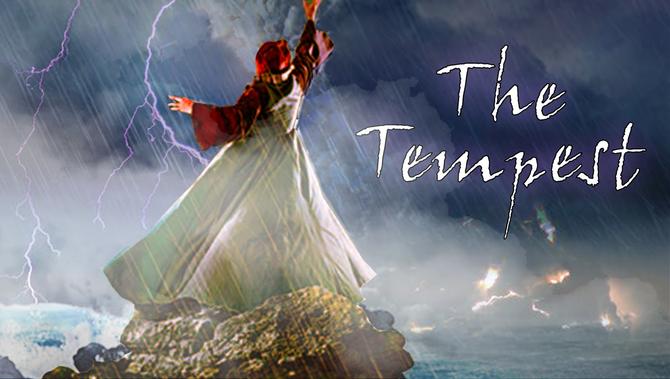 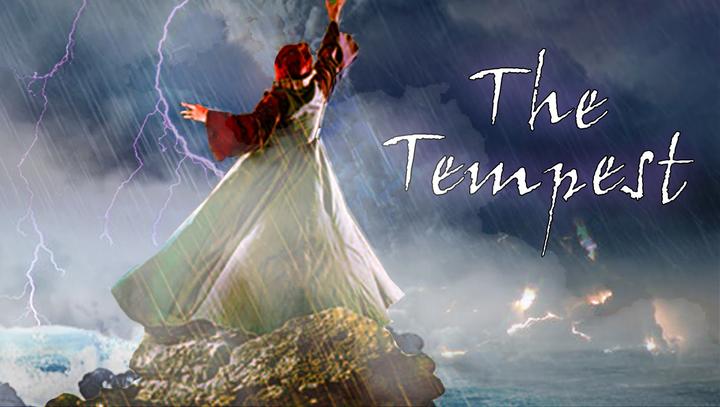 Colonialism was an actual problem in the days of Shakespeare; therefore, Prospero and Caliban in the play “The Tempest” reflect largely the ideas of the power of colonialism (Bhattacharya 3). The plot of the play in which Prospero, the Milanese duke expelled from the state by his brother Antonio, enslaved the spirit and native of the mysterious island: Ariel, the good spirit of the air, and Caliban, the savage, reflected in symbolic form the sharpest crisis of the Renaissance philosophy of man and reflected the colonial overtones of the work. This was the era of the colonization movement, incessant clashes of the old cultural world with a new, primitive. Therefore, the issue of colonization, relevant to Britain at that time, becomes the key theme of the play, in which the image of Caliban is all savages, while Prospero reflects the image of the European colonizer (Bhattacharya 5). Prospero wants to teach Caliban his language, however, he does not want to obey, because he understands that his life had his own language and his land and his situation would not be better. Thus, the images of Prospero and Caliban are a reflection of the colonial context and the relationship between the deprived colonial subject and the European colonizer, from Prospero's power actions to Caliban's protest. 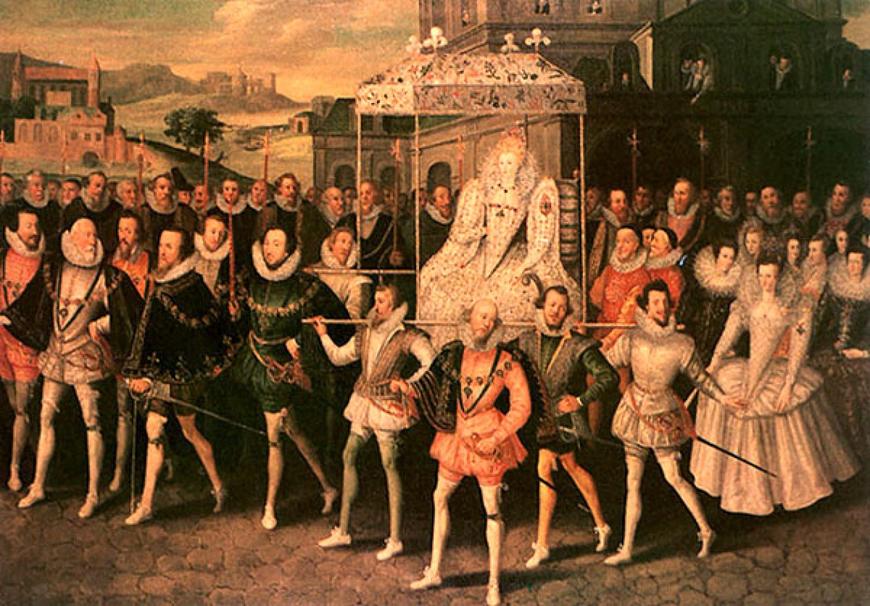 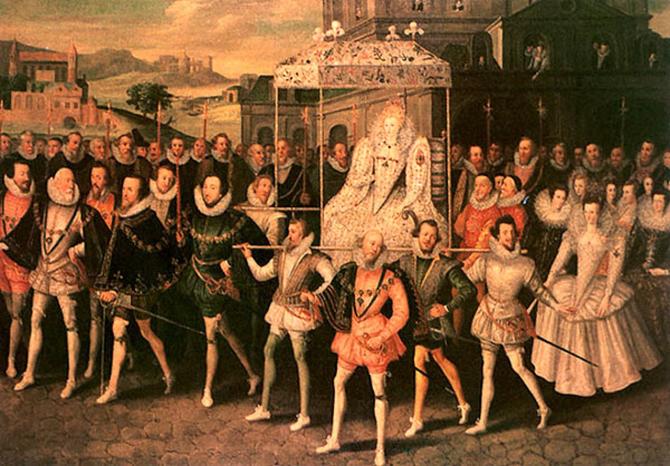 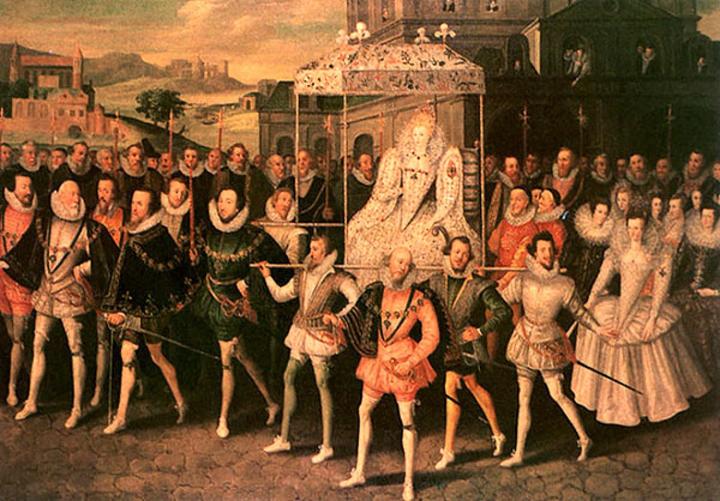 The reflection of the colonial context lies in Prospero's tough treatment of Caliban, in his intentions and colonial ideals, and in the image of an oppressed native who is compelled to obey the colonialist but does not see this as a blessing. Thus, the interpretation of the play as a postcolonial text is possible through the example of Prospero's indulgent attitude towards Caliban as a stupid animal that needs to be taught, as well as how Caliban counteracts Prospero's attempts to teach him his language, reflecting the resistance of the dispossessed colonial subject to the power colonialist. The main element of the “The Tempest”, which forms the plot, is the Duke of Prospero, a colonizing island (Bhattacharya 4). He has the power and magical abilities, with which he achieves his justice to others (Skura 45). Prospero comes to the island of Sycorax and subjugates people to himself, which reflects his image of the colonizer in the play. The sense of superiority Prospero gives him the right to usurp the island and its inhabitants, displacing Caliban's mother and making him his slave on the basis of European colonialist views of dehumanized indigenous peoples and the need to control them. Thus, Prospero regards Caliban as an inferior person over whom he has the right to dominate and change Caliban's ignorance, and the latter, in turn, defends the right to own his land and opposes domination (Bhat 29). 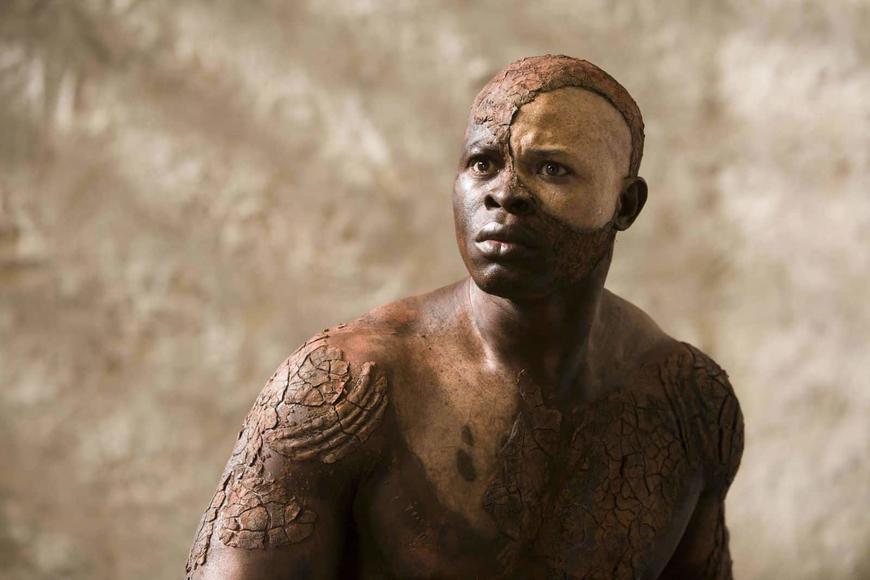 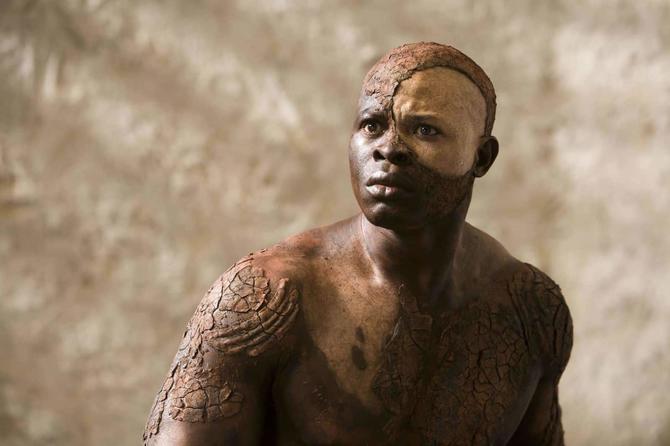 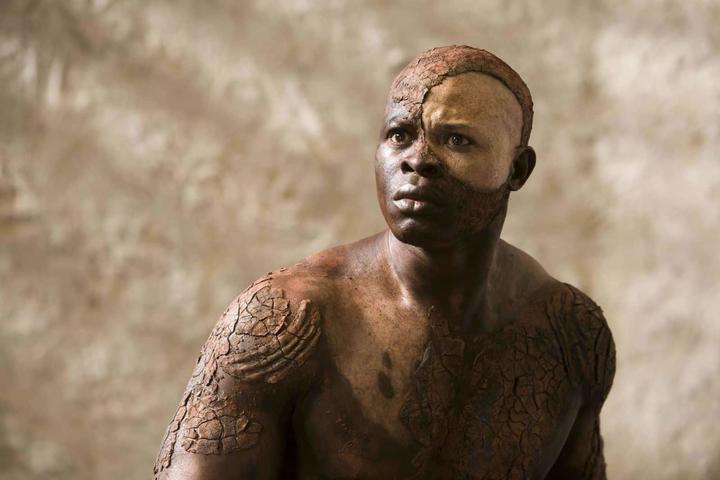 The image of Caliban is a reflection of all the stereotypes and traits that the Europeans had in relation to the local inhabitants of the new lands, being unfamiliar with their culture, but feeling superior, and Shakespeare skillfully eco-lacks information from white people. This fact gives rise to contradictions, because, confronted with Caliban, the Europeans do not want to know him, but immediately lower him to the level of the animal. Trinculo first compares Caliban and an animal and later calls him a strange fish (Shakespeare 34). Prospero describes Caliban as a man “not honored with a human shape”, but the play does not contain other references to what animal features he has (Shakespeare 15). Therefore, one can assume that the comparison with the fish conveys the smell of Caliban and is, for the most part, a reflection of Prospero's floss, but not real facts about the appearance. However, the text does not contain direct descriptions of Caliban's ugliness or its similarity in wild animals, and his statement about the appearance of monkeys, which live “with foreheads villainous low”, stresses their differences, that is, “(Shakespeare 60).

One can see that the image of Caliban is a contrast for the European settlers. His habits and features of character, being more typical for indigenous peoples, made them consider Caliban as the most suitable leader. Prospero and Miranda cannot get rid of the idea that Caliban is just a savage with animal habits, which forms a negative attitude towards him (Alzuhairi and Yimin 18). It is not surprising that Caliban behaves immorally from the point of view of the colonist because when he shows aggression towards Miranda, it reflects his desire to show his nature and character as a counterbalance to distrust of aliens. Prospero, reflecting the image of a European colonizer, sees in him a creature for which the island was a house isolated from white culture throughout life, where he did not have the language of whites and the notions of morality and norm, which was seen by the colonialists as a manifestation of lack of civilization in his life and savagery. 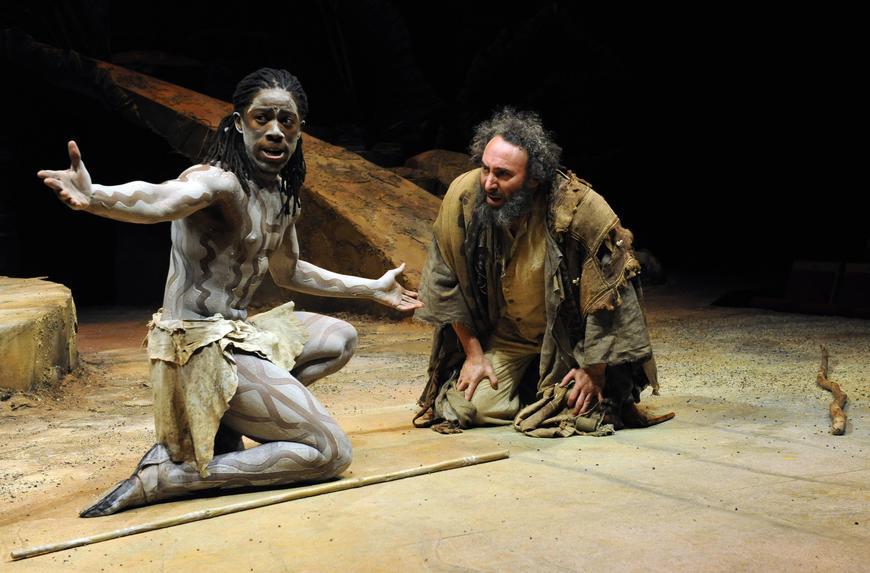 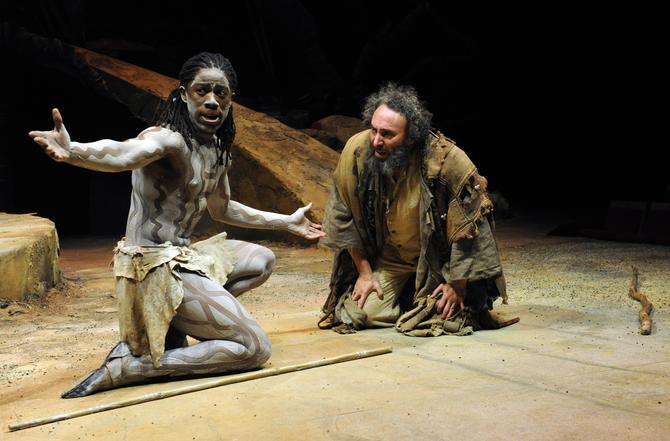 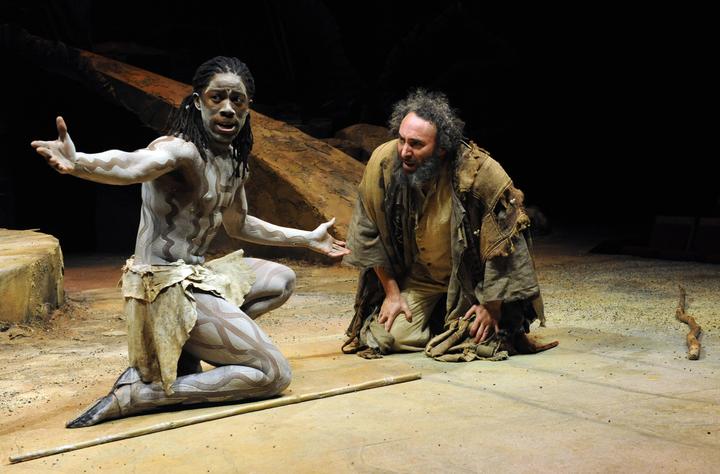 Negative white man's appearance Caliban seems to reflect the inner world of the character, as the character of Caliban is aggravated by the lack of morality, and not by a system of moral principles that are familiar to the European, but stable and generally very consistent. Such stereotyped attitudes and perceptions can be based on a lack of reliable information and personal experience with savages, available to Shakespeare, as to the colonialists. Prospero does not notice his greed and depravity, but clearly sees the difference between himself and the savage, while they are in many ways similar, reflecting the colonial implication of the idea. In the episode, when Caliban throws Service Prosper, a former servant of the line says “Ban-ban, Cacaliban/Has a new master, get a new man”, claiming that Prospero will now have to look for a new slave that underlines the superiority of the colonizer in their own eyes (Shakespeare 39). However, at the end of the play, despite the many dark, vicious, spontaneous features inherent in the character of Caliban, Prospero recognizes his inseparable connection with him: “This thing of darkness I acknowledge mine” (Shakespeare 70).

In many respects, this is due to the fact that almost all the characters of the "The Tempest" in one sense or another repeat Caliban, only in a slightly transformed form, and therefore Prospero's contact with all the other characters of the play is perceived as if through the prism of his relationship with Caliban. However, if Prospero could nurture a real sovereign, then Caliban remains an imperfect creature until the end of the play. Prospero himself in despair says that Caliban's nature resists any cultural intervention: “a born devil, on whose nature/Nurture can never stick” (Shakespeare 111). In the end, Caliban returns to Prospero, however, not because he offers him the training and the benefits of civilization, but because he is afraid of him.

Thus, the colonizer Prospero brought Caliban not civilization, but colonization, not culture, but a subculture. Considering the role of Prospero in a play that manipulates subordinates and usurps the land, imposing domination on local residents and in particular Caliban, as well as Caliban's protest against usurpation, reflects the relationship of the European colonizer and colonial subject, depicting the blind power of the colonialists and protest against colonialism.