Good Man is Hard to Find

Flannery O’Connor is a writer of standing reputation, especially for American audience. As a representative of southern gothic – a unique American subgenre of gothic fiction – she was exceedingly prone to grotesque elements in her works and using foreshadowing as her peculiar technique. We often see morally defaced characters along with racial issues on the background in her short stories, and, of course the events unfold in the American South. The south plays an essential part in her works, even if it is not represented or addressed directly.

The author’s most popular short story – “A Good Man Is Hard To Find” that came out in 1953 - is not an exception. The plot develops in the southern state Georgia. And here we also observe a specimen of a typical dysfunctional family which was rather common for demoralized society of the early 1950’s: a pair of unmanageable ill-mannered children, an impetuous father bending every effort to be in control of the situation and failing to do that, a mother quite out-of-body and busy with her baby… and a grandmother who is at the same time the key character. We assume that it is late 1940’s or early 1950’s from the hints in the text. The whole family leaves for Florida though the grandmother tries to talk them out from this idea because, according to the newspaper, a savage criminal called the Misfit is on the loose. On their way they stop to have a snack in a roadhouse and then they drive on, the grandmother sleeping soundly on the back seat. But as they pass the Toomsboro town the grandmother wakes up and suddenly recollects that there is an old plantation with a beautiful house, oak alley and pavilions. She insists that they must come and visit those splendid places. As soon as she comes across reluctance on the side of the family we see he use her manipulation skills (yes, the grandmother reveals her essence – she is a subtle manipulator): she persuades children who in their turn induce the father. So the car turns to the country road. At the first gaze the whole situation may seem innocuous and even somewhat comical... Right until they encounter that very maniac on the loose, the Misfit who murders them all one by one.

And even in this critical situation we see the grandmother not giving up her manipulation tactics: she tries to appeal to the Misfit’s good features and tells him she believes he is a good man. Even when the last members of her family – the mother and the granddaughter – die she continues persuading him not to kill using manipulation. She says that the Misfit “comes from nice people” which appears to be the main criterion of a good person for her: coming from the right people, behaving properly (as a lady or a gentleman), belonging to the same social class. In the course of events the grandmother comes before the reader as the reason of all misfortunes and a tragedy. Nevertheless the opinions about her are diverse and complex. On one hand, the heroine unfolds her egoistic nature in the end of the story – and all for the sake of her life. She even starts to talk about Jesus, although we don’t see strong religious note in her nature on the previous stages of the plot. It would be reasonable to assume that she did that only for salvation (but she didn’t try to talk the criminal out of murdering her family). Another point of view is that the divine grace descends on her right before her death, and her attempt to caress the Misfit is only redemption for her prior wrongdoings.

Along with the vivid characters and terrible tragedy one can try to perceive the hidden subtext of this story. Everything seems impossibly meaningless: all the silly little things they do or say and even their tragic death. Flannery describes the murders and that razor-edge situation without the slightest sympathy, even with a scent of cynicism. Moreover, famous by her sympathy for grotesque she often caricaturizes her characters. She is not so interested in showing pure tragedy of death; it seems that she observes with interest how the ugly features of people stand out.

Talking about peculiarities of the author’s writing style and purely “American” features in this work, I would like to mention that it is mostly details that refer “A Good Man Is Hard To Find” to American culture and American reader. But let us try to put it generally. If untangle the sense  of this story as meaninglessness (meaninglessness of all that petty business people do, meaninglessness of human life in front of dull hatred and cruelty), we will be able to refer this meaning to the world on the whole, especially taking into account the period when the story was written. As a result of the World War II human life was depreciated, this grim period showed people to be almost worthless in front of a barrel of a gun that won’t have mercy no matter how you beg or appeal to god. 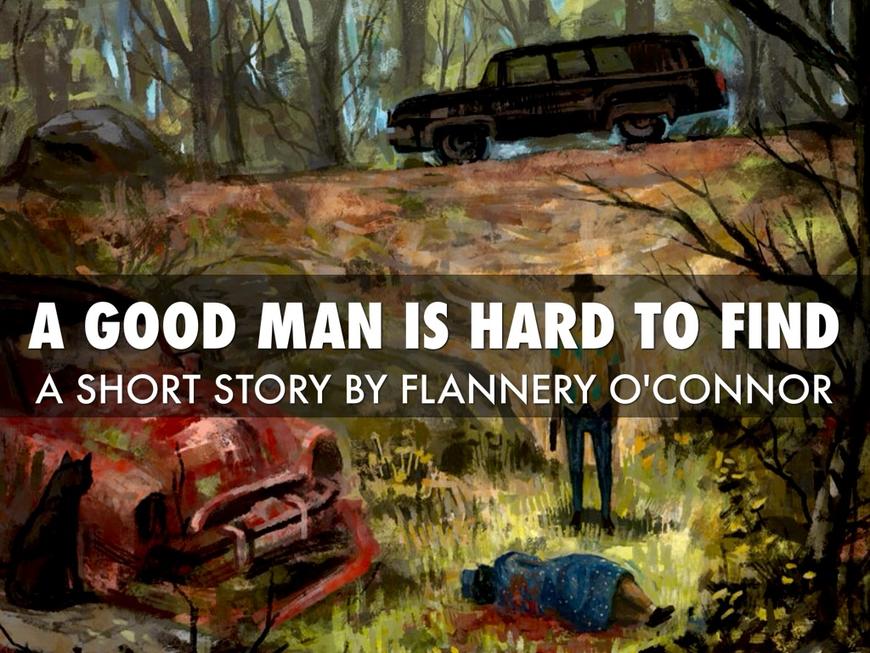 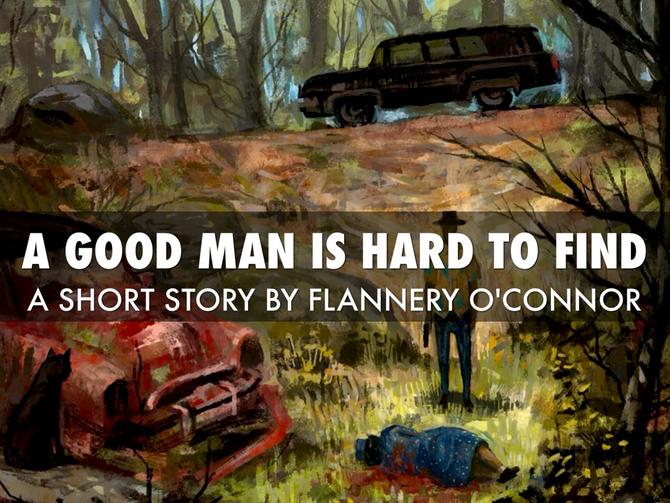 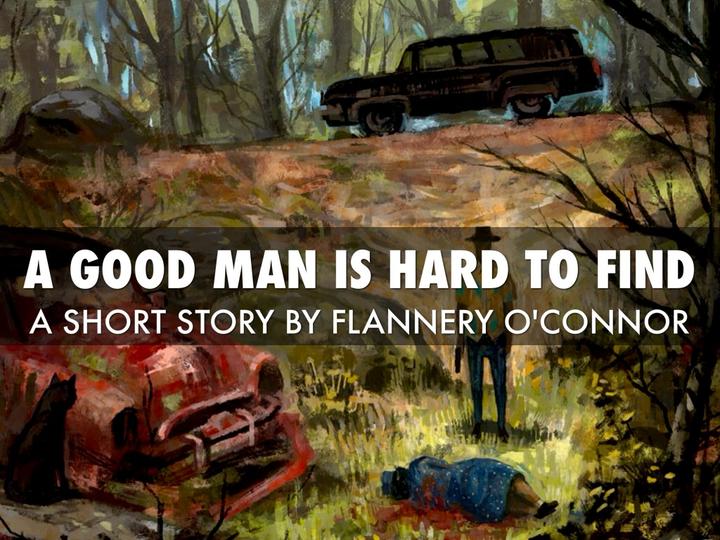