If we agree with common thought of literature critics about artist’s being in all characters of his masterpiece at ones, then to figure out about John Milton’s image of God in “Paradise Lost” we first should figure out about Milton’s God.

Milton’s well known as Protestant and rather radical one. During the English Civil War, which was not least of all religious, he joined the Puritans and bordered on Oliver Cromwell in his goals and methods. And nevertheless to the end of War Milton had become disappointed in Cromwell’s politic and methods and had a serious argues with Puritans about moral views, Milton stayed a confirmed Protestant.

Indeed, being Protestant after the Reformation meant a lot of things. There were many different religious streams, which named after one or another great Protestant (as Calvin or Luther was) and some were more radical than the others. But to sum them all, a few things were important for all Protestants in contrast to Catholic Church followers. First of all, being Protestant meant to have serious doubt about the necessity of Church institution. By that time, the church had become corrupted and powerful political instrument more, than Good’s home. After the Renascence, the Catholic Church’s ceremonies valued less to Christian people so did God’s Commandments. Protestants put most blame of this on priesthood and the Catholic Church as an invalid structure. They suggested Christians should pay more attention to reading the Holly Scripture literally, than in Church’s adaptation and focus on the direct relationship between God and Man. Not by obeying Catholic Church’s rules or buying indulgences than, but through sincere true belief ones can buy their way into God’s good books (Parry, D).

The main idea was a direct relationship between God and Man. (As we can see, later this will be the main theme of Milton’s “Paradise Lost”.) As no one of Protestants had doubt about the Catholic Church’s corruption and necessity of Reformation, a discussion was held about methods and about kind of relationship between God and Man. Here comes Erasmus of Rotterdam and Martin Luther with their great discussion.

Erasmus was a rational and creational man, known and appreciated all over Europe by his wise moderate views. His Church’s critic was soft and not scathe. He appreciated creativity power under destroying one and thought the Church should be reformed wisely step by step.

Luther first was Erasmus fan, but as Luther’s own views were becoming more and more clear and radical (and more subjective, I suppose) Luther and Erasmus became opponents in argue about kind of relationship between God and Man.

By Erasmus, there is such a thing as “a free-will”, given by God to a Man to make a choice between good and evil, and such thing as a Reason to understand, what is good and what is evil. But also there is a God’s supporting grace, which influences on a Man is maintaining. Without it, Man can’t make the right choice and be saved. But Man isn’t a God’s slave who does evil or does good depending on God’s Will. Nevertheless, God foresees Man’s choice, Man has the ability to choose. That’s why Man can sin and God can be angered with Man (Erasmus). 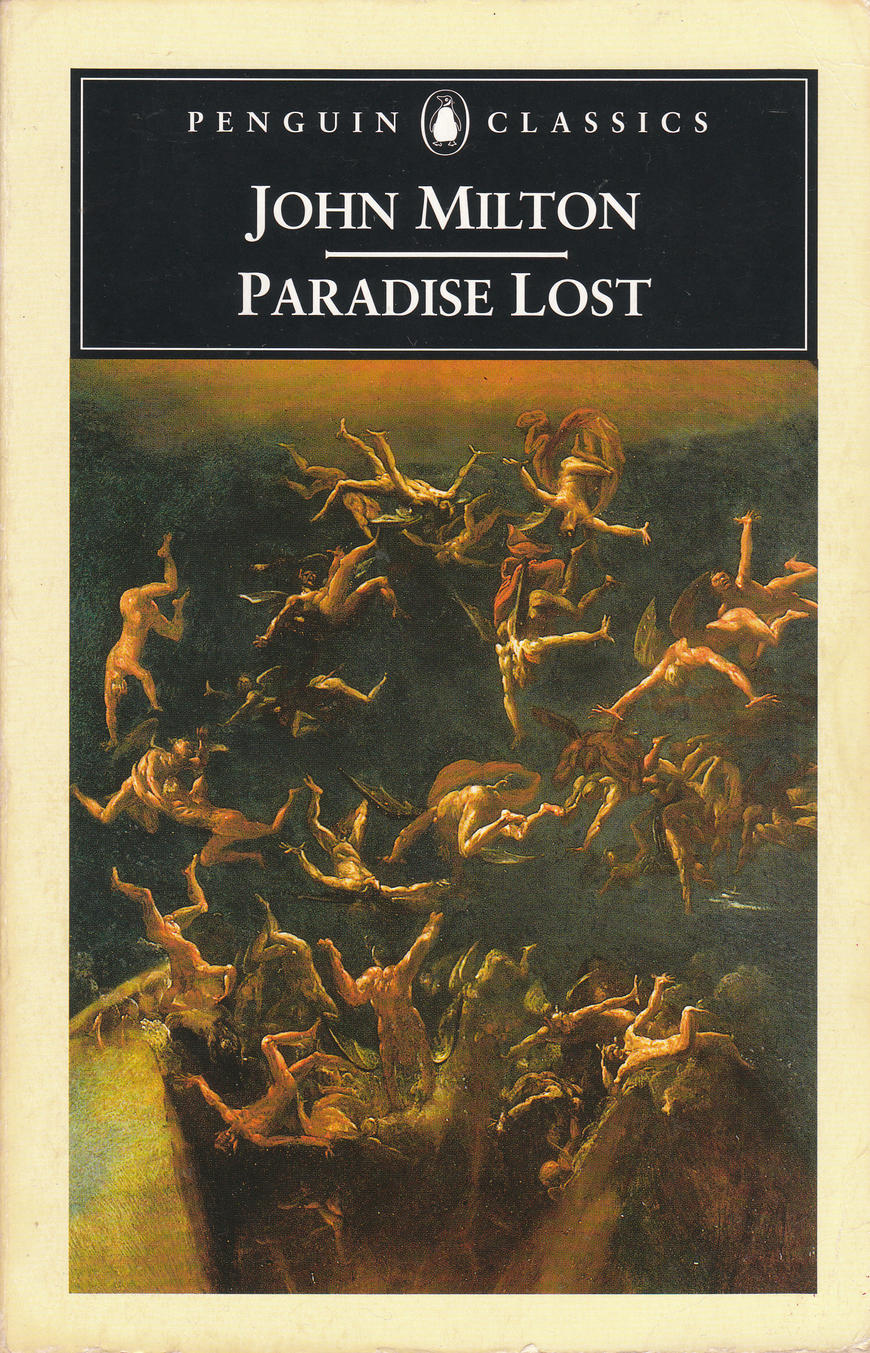 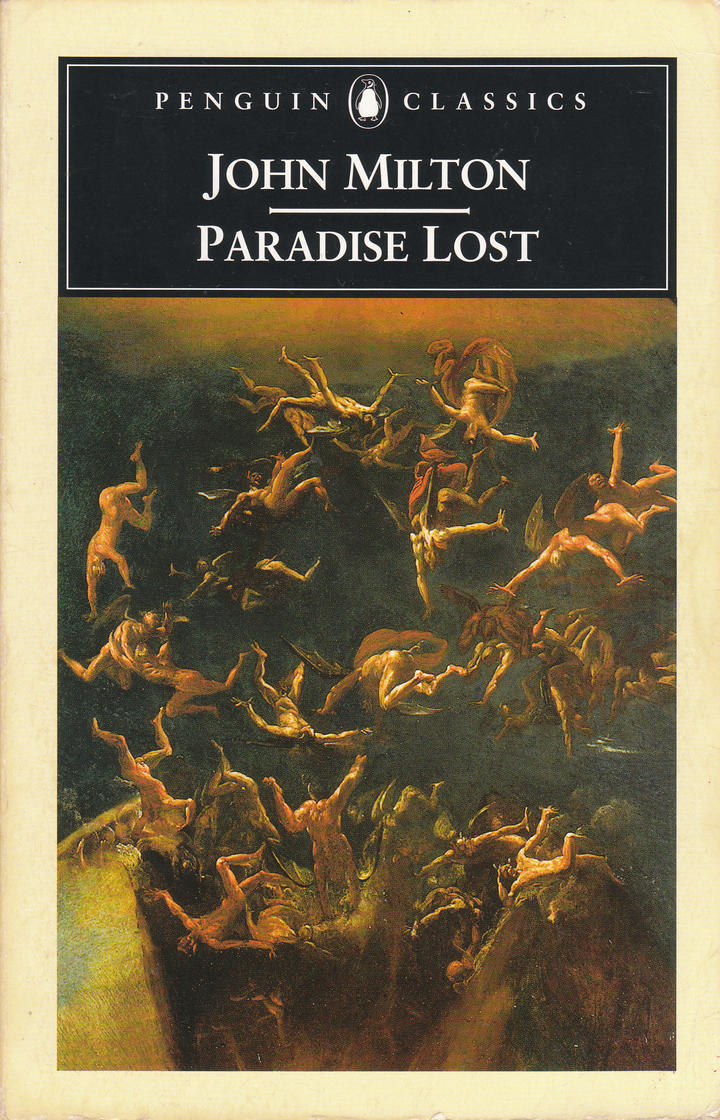 Luther denies such a thing as “a free-will” especially how Erasmus describes it. He says Erasmus mixes up God’s Will with Man’s one. Everything goes on a God’s Will and this process is inviolable. Also, Man has no ability to understand God’s Will. By Luther, to accept the idea of Man’s choice is to say, that God doesn’t have absolute knowledge about what is going to happen. But God is absolute and knows everything. Also, Luther’s thesis is that Man is fundamentally bent to sin (Luther, M).

On these Luther’s theses Erasmus wrote a big work to answer, but let’s better hear, what Milton’s God has to say on this.

Already in The Argument of Book III, we read about God “having created Man free and able enough to have withstood his Tempter” (Milton, J). So from the very beginning, Milton goes against one of the main Luther’s ideas. His God made Man able to resist temptation.

“I made him just and right,

Sufficient to have stood, though free to fall” (Milton, J).

And this is exactly what Erasmus was talking about. God had given Man equally able to resist temptation or to fall. This quote also goes against Luther’s thesis about Man being fundamentally bent to sin.

We also see, how Milton’s God almost repeats an argumentation of Erasmus about Man’s ability to be sinful, because Man is given “a free-will” and a Reason to understand, what he is doing. On the contrary, if Man hasn’t “a free-will” and a Reason to make a wrong choice, why he is sinned for what he isn’t able to understand or choose not to do? That would mean then, that God is an injustice, though justice is one of the canonical God’s characteristic.

“Not free, what proof could they have given sincere

Not what they would? what praise could they receive?

What pleasure I from such obedience paid,

When Will and Reason (Reason also is choice)

Useless and vain, of freedom both despoiled,

Made passive both, had served necessities, [ 110 ]

In this passage, Milton’s God puts an accent on Man’s ability to understand God’s Will, by using Reason. This statement also goes against Luther. Man chooses to be sinful, that’s why it’s absolutely Man’s guilt.

Hee and his faithless Progenie: whose fault?

As we remember, Erasmus also was talking about God’s supporting grace, without which Man can’t be saved even if he wills, and hear what Milton’s God speaks on the subject:

“Man shall not quite be lost, but sav'd who will,

Yet not of will in him, but grace in me

There also was a point for Erasmus and Luther to argue about like God’s foreknowledge. We’ve figured out that Milton’s God shares the idea of “a free-will”. But doesn’t Man’s ability to choose a place in a question God’s ability of foreknowledge? That was the question, Luther addressed to Erasmus (Luther, M). As Erasmus’s God as Milton’s says “No”.

Foreknowledge had no influence on their fault,

Which had no less proved certain unforeknown.

Or aught by me immutablie foreseen,

They trespass, Authors to themselves in all

Both what they judge and what they choose” (Milton, J).

It seems Milton’s God is not Luther’s one. Like Erasmus’s one, he is more Christian and more reasonable than absolute. In Book III there is also a dialog between God and his Son. God shows justice and anger. Son shows Love and heroism. The important thing, that by Milton, they are different characters, while we know that Christian God is three in one.

There is a lot of humanity in Book III. First of all, because of ability and responsibility God gives to a Man. (That has been discussed already.) And second, in the image of Crist. We know, he’ll become half-human. And we see God’s Son using a Reason during a dialog. He points out that God promised mercy for mankind, so what’s the need to be done? God’s delighted:

“O Son, in whom my Soul hath chief delight,

Son of my bosom, Son who art alone

All hast thou spok'n as my thoughts are, all

And then Son’s using “a free-will” making a decision to sacrifice himself, and then a Reason again to show, how things will be done. He absolutely understands God’s Will and acts within its limits. I think this is Christ’s power – in half-position. Because God’s words are absolute and ideal, so can’t be understood without Man using his Reason, his humanity to interpret them.

I think from here comes a great misunderstanding between Erasmus and Milton from one side and Luther from the other. In the discussion, Luther outspeaks an idea that there are people with a special spirit able to read God’s words right, while others read them wrong. Luther thinks of himself as one with such spirit. So Erasmus fairly asks why Luther’s understanding of Holy Scripture should be more right, then someone else’s? (Erasmus) With the same question, we can come reading Book III of “Paradise Lost”. It’s clear that Milton’s God gave the same Reason to all humans. And Christ is able to understand God’s words better than anyone because he is half-God. For others, who think much of themselves, Milton’s God has a warning:

Disloyal breaks his fealtie, and sinns

Affecting God-head, and so loosing all” (Milton, J).

The role of God in “Paradise Lost” is also more Erasmus. God is able to create, to watch and to judge. He has foreknowledge, but does not will instead of ones, who were created with “a free-will”. It’s also more Christian position, because God who makes mankind do good or do evil depending on God’s Will, is Antic one. It’s known, Luther was a fan of Ancient classic’s works, while Erasmus more persisted Christian canon.

I can’t help thinking, that Satan’s role could be suitable for Luther. Not because of his misunderstanding of God’s Words of course, but ‘cause he was rebel and subjective. Satan’s role and pictures of his actions are so bright, that Milton must have copied this image from some leader and his actions. To think historically, it could be Oliver Cromwell whose supporter Milton was during a Civil War and in who’s politic and methods Milton was disappointed later. Or maybe I should stick to the thought I mentioned at the beginning – the author is all over his masterpiece. Then Satan was a part of Milton’s rebel nature, as God was, and Adam was, and all. 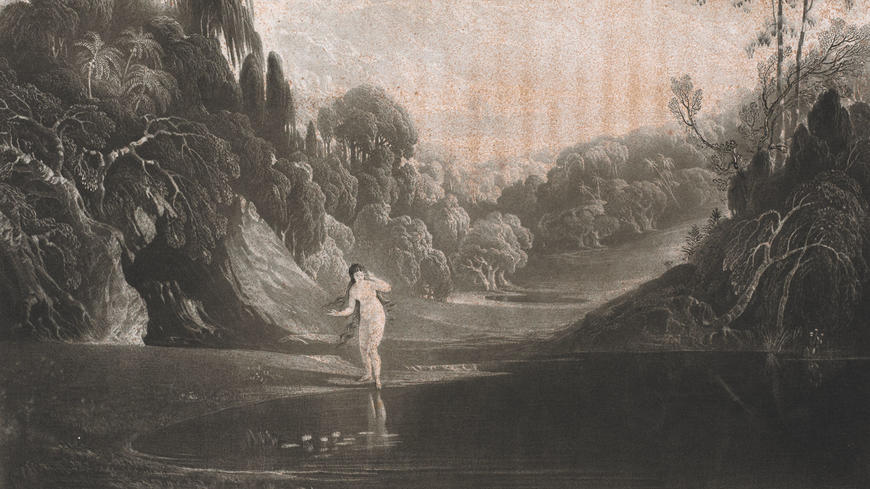 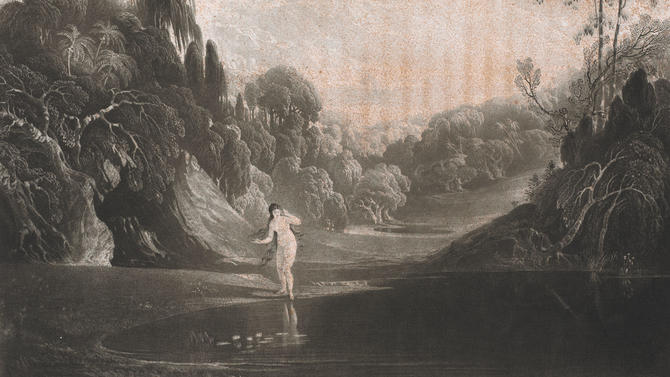 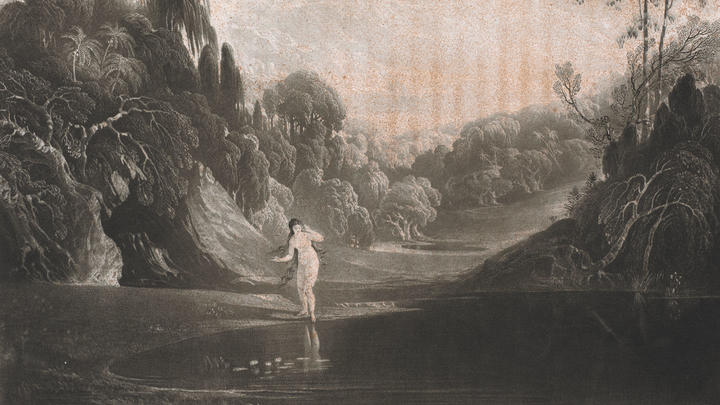 Assignment: Subject: Pages:
book reviewEssayLiteraturereligious studies
Get Your Paper
Check Your Price
and get a great paper now